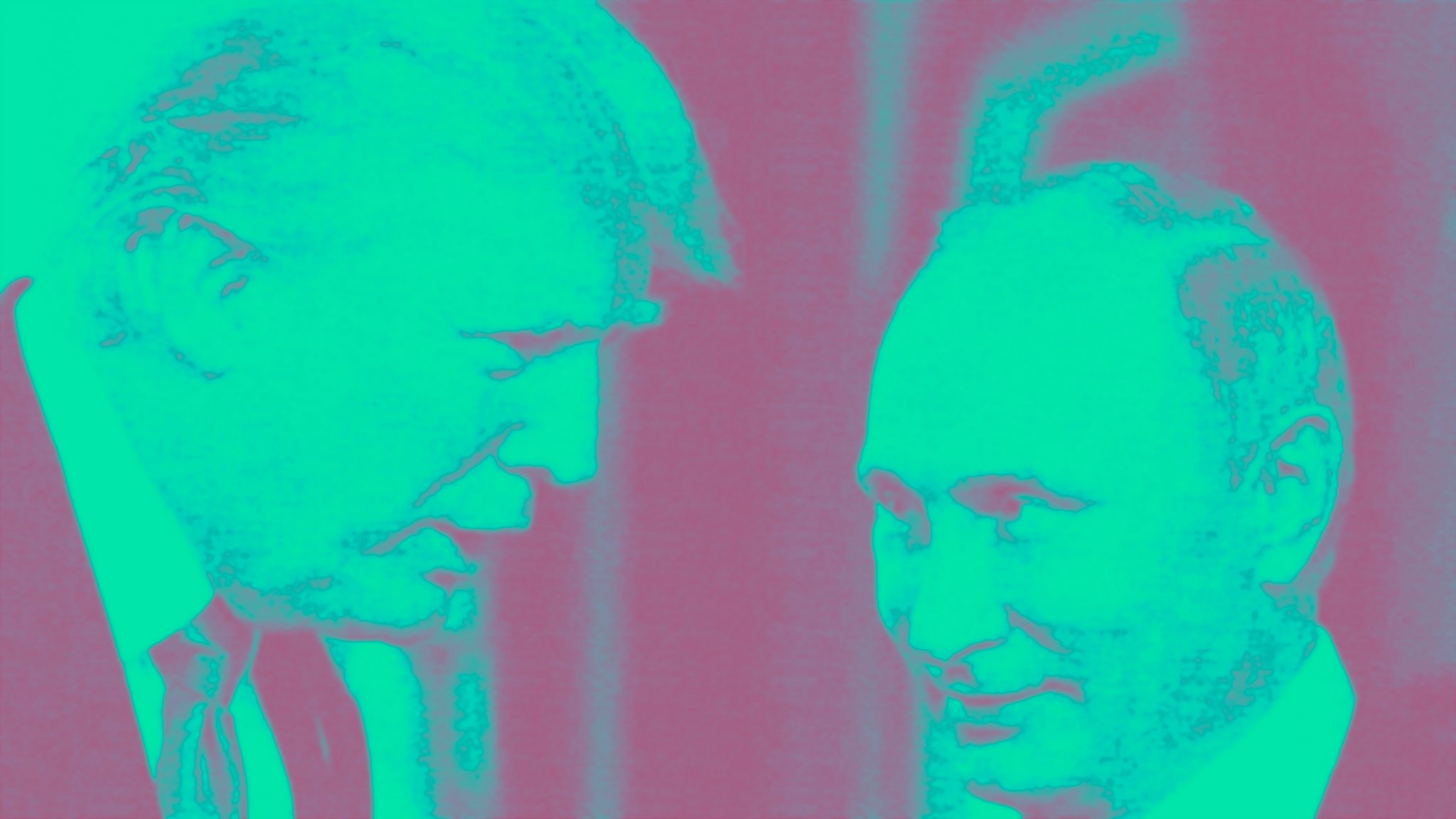 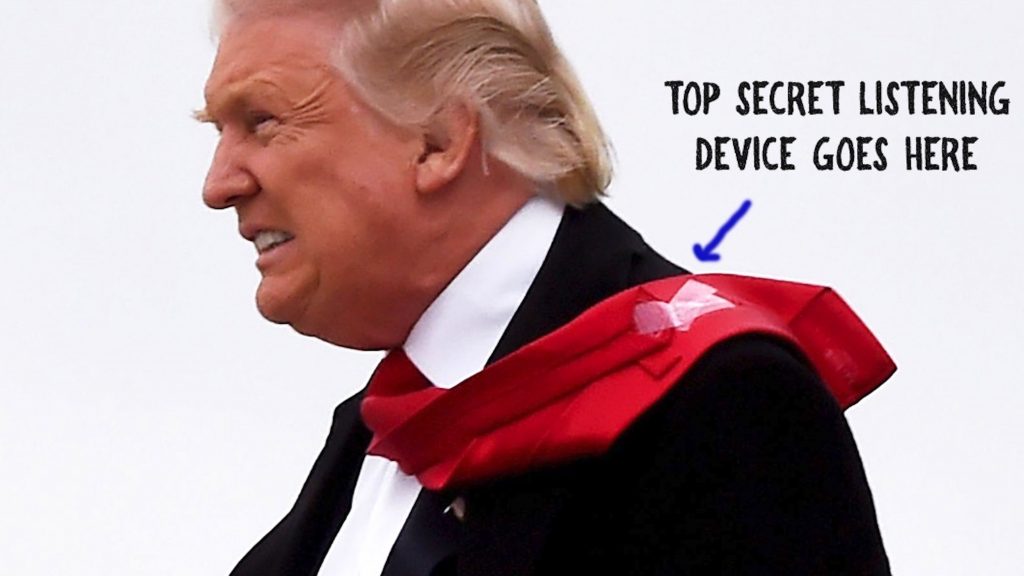 Donald Trump’s one-on-one meeting with Vladimir Putin on Monday in Helsinki is by definition an event of global political importance, but Trump’s demand that the two men meet without anyone else in the room is shocking even by Trump’s standards. The inexplicable affinity Trump has undeniably demonstrated for Putin raises eyebrows in of itself; add in the contradictory statements made and then denied by Trump about British Prime Minister Theresa May in his interview with the Sun newspaper, and you can hear the sound of jaws hitting the floor around the globe.

For these reasons, among others, the FBI should plant a surveillance bug on Donald Trump before his secret meeting with Putin. Just slap a microphone under the mountain of scotch tape he uses to hold his tie in place. And yes, I’m serious. Here’s why.

The Case for Why Bugging the Trump-Putin Meeting is Necessary

The idea of the Americans government spying on a sitting President of the United States should make every one of us queasy, but there is an argument to be made this extraordinary act is not only justifiable but also legitimately crucial for national security purposes.

Let’s suppose for a moment that Trump is, in fact, compromised and subject to blackmail by Putin. If so, the contents of their meeting may be one of the only ways to obtain unequivocally compelling evidence of Trump’s past or perhaps even future collusion. Not only does nobody on the planet stands to benefit more from Russian interference in the 2018 Midterm Elections than Donald J. Trump, but he presumably knows what measures are being taken by the United States to prevent future attempts to hack our democracy. As Joe Biden once said, “this is a big fucking deal.”

If such evidence emerges, the FBI could immediately present their findings to Congressional leadership for action. It’s one thing to look the other way at circumstantial evidence, even if it is compelling, but it’s a whole different kettle of fish to hear hard proof without taking action. Losing an election is no fun, but going to prison for conspiracy, obstruction of justice, and treason are even less fun.

And if Trump is colluding with Russia, there is no better opportunity for the Republican Party to save itself by cutting Trump loose because of the whole “President of the US committing treason and blowing up decades of international alliances in collusion with an enemy state” thing. If there is one thing politicians know how to do, it is how to scurry off of a sinking ship to save themselves. The cool thing, in this case, is that their political self-interest and the well-being of our nation would align with one another, which happens way less frequently than it should.

On the other hand, if Trump’s conversation with Putin fails to set off any air raid sirens, then the FBI is actually doing the President a favor. It’s almost impossible to legally prove a negative statement such as “No, I am not colluding with Putin,” but acting like the American President in a private one-on-one meeting comes damn close.

Normalizing Treason? Uh, How About We Not Do That?

While even the idea of spying on our own president is a chilling one, there is one major factor to consider, and it really is the Wild Card here. Donald J. Trump may or may not be the subject of an active criminal investigation; only Robert Mueller and a handful of others know for sure. Despite the popular legal theory that the Justice Department cannot indict a sitting president, where is the rule stating the investigation shouldn’t be anything less than thorough?

Let me put it another way. Imagine, if you will, that a private citizen was under federal investigation for trafficking heroin into the United States, and the investigation had already yielded 32 indictments including five guilty pleas of the suspect’s known associates. Then the suspect goes online and announces a trip to Mexico, which is the largest producer of heroin coming into the U.S., including a meeting with a corrupt government official known to aid and abet drug trafficking. If the FBI could plant a bug on the suspect before the meeting, why shouldn’t they do it? After all, weren’t we warned about the need to protect ourselves against these “bad hombres?”

Now explain to me why the scenario I just laid out is all that different from Donald Trump meeting with Vladimir Putin.

Big Shocker: Congress Screwed Us On This One

Seemingly lost in this whole debate about how to handle Trump is a little something called the separation of powers. The President of the United States does not have unchecked authority to do whatever he wants. The Founding Fathers didn’t design the presidency that way in the Constitution, mainly due to a bad break up with some guy named King George III a few years earlier. They initially structured our government in the hope of preventing the swamp from ever filling up, therefore eliminating any need ever to go back and drain it 240 years later.

The system is failing us now because the Republican-led Congress is unfathomably complicit in protecting Trump for purely political reasons, which go way beyond normal deference to the leader of their own party. It’s almost impossible to remember the Republicans were the party of John McCain and “Country First” back in 2008. I had to go back and Google it just to be sure.

In fairness to Donald Trump, he or any other elected leader should be able to communicate freely and confidentially without fear of domestic surveillance under normal circumstances. But the conditions here aren’t even remotely close to ordinary; they’re about as extraordinary as you can get without debating whether little green men from Mars are somehow involved.

Let’s also not forget that Donald Trump rates somewhere between ‘serial’ and ‘pathological’ regarding his propensity to lie. Put it all together, and you have a pretty compelling argument that somebody else needs to hear what is said between Trump and Putin to determine just what the hell is going on here.

America cannot allow Donald Trump’s ability to normalize wildly abnormal behavior to include blatantly criminal conduct. The need for somebody to know the details of the Trump-Putin dynamic is especially true considering Trump’s actions seem to be directly at odds with our national interests, both economically and militarily. The livelihoods, if not the lives, of Americans at home and abroad could be at risk in ways we cannot even begin to imagine.

So for all of our sakes, somebody needs to plant a hidden microphone underneath the Scotch tape on his tie or something. I don’t feel particularly good about advocating such extreme measures, but I have a funny feeling that we will all ultimately feel worse if we miss this opportunity to finally get some rock-solid intelligence not dismissable as ‘fake news.’ 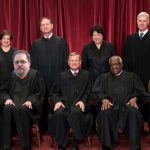 Believing Frank Stoosh was Nominated to the Supreme Court? We’ve Gotta Be Better Than This. 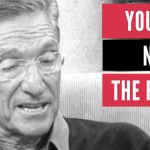 Friday Night Texts: “You Are Not The Father” Edition