The chief frustration among Democrats regarding the impeachment of President Donald Trump, aside from his brazen disregard for the law, is his unprecedented stonewalling. By ignoring lawfully issued subpoenas and refusing to allow members of his administration to testify before Congress, Trump has effectively forced Democrats into a political corner.

Waiting for the battle to play out in the courts will take longer than the limited timeline of 2020 will allow. Moving forward without the “smoking gun” that undoubtedly lies somewhere within Trump’s Fortress of Criminal Solitude leaves room for Trump sycophants to defend him and muddy the political waters. Both paths seem to lead to a place that allows Trump to proclaim victory not based on the substance of the allegations, but on his continuous and unprecedented disregard for the basic Constitutional norms that he either doesn’t understand or doesn’t respect.

Sadly, Trump’s use of these tactics, which allowed him to escape Robert Mueller’s investigation with no tangible consequences, are adequate to confuse a large segment of Americans who don’t know who or what to believe anymore. The more Trump muddies the waters, the more he increases his odds of not drowning in them.

But instead of proceeding with an impeachment process where Trump is allowed to hide under a rock, the Democrats need to realize that his most significant political asset- his ego- can also be his Achille’s Heel (or in this case, his Achille’s Bone Spur).

Why are the Democrats not trolling the living daylights out of Donald Trump for refusing to testify before Congress?

We all know that Trump, like most petty dictators, cares about his image above all else. Remember, this is the guy who masqueraded as not one, but two fake public relations guys who frequently called media outlets to shape his public persona. Unlike true statesmen who care more about doing good than looking good, Trump is about making himself look good regardless of the collateral damage. Any first-year psychology student can see it.

With all due respect to Michelle Obama, going high- appealing to Constitutional principles and the immense public trust contained within the confines of the Oval Office- is never going to work with Trump. Instead, the Democrats need to go low by goading Trump into showing his hand by attacking the only thing he cares about- himself.

Throughout the impeachment hearings, Democrats largely ignored the arguments made by Trump via Twitter and his puppets in Congress about a lack of due process and first-hand testimony. Sure, there were speeches by members volleying back and forth on occasion, but they were too much inside baseball to break through and become part of the mainstream narrative. A single photo of an empty table in a Congressional hearing room with nameplates for Donald Trump, Mike Pence, Mike Pompeo, and Rudy Giuliani would have been far more effective in conveying Trump’s unwillingness to defend himself to the American people. Sure, Republicans would have howled, but only because they understand far better than Democrats how effective such “bumper sticker” political messaging can be in swaying public opinion.

In the classic courtroom drama “A Few Good Men,” Navy prosecutor Daniel Kaffee struggles to figure out how to get egotistical, self-absorbed, hot-headed bully of a Marine Colonel Nathan Jessep to admit to giving an illegal order that resulted in a man’s death. Much like in the Trump impeachment case, everyone knows Colonel Jessep ordered the “Code Red,” but without clear and convincing evidence, proving it seems impossible. The turning point in the case is Kaffee’s realization that Jessep’s self-righteousness and ego have him convinced that he is above the law.

Remind you of anyone we know?

Instead of a sham trial in the Senate that will allow Trump to claim victory, Speaker Pelosi should keep the impeachment in the House of Representatives until Donald Trump complies with the subpoenas and allows witnesses to testify. Why let Republicans own the due process argument? Not only can Democrats say they impeached Trump, but they can hold it over his head through 2020. Every time Trump complains about Pelosi and the “do-nothing Democrats” playing politics, the responses are simple:

“If you’re innocent, come on down to Capitol Hill and prove it.”

“What are you afraid of, Mr. President?”

“Only guilty people refuse to defend themselves, right?”

“If you’re so much smarter than Nancy Pelosi, why not just go down there and show ’em all just how smart you really are?”

“You’re not afraid of a woman, are you, Donald?”

In other words, lead him right to where he’s dying to go.

It may sound overly simplistic, but remember who we’re dealing with here. Appealing to Donald Trump’s sense of honor is pointless because he has none. The only thing Trump pledges allegiance to is himself. Moreover, if the American people are getting tired of impeachment as the polls may indicate, why not encourage Trump to become fixated on the issue? If he is obsessing over impeachment, then he will be less concerned with attacking the Democratic hopefuls seeking the nomination to defeat him.

Impeachment is a political process, and Trump thinks he has the process rigged in his favor thanks to Mitch McConnell. Why not throw a wrench into their little scheme by beating the Republicans at their own game for once? 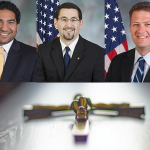 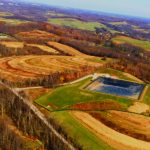