Since taking over for Jon Stewart as host of The Daily Show on Comedy Central nearly two years ago, Trevor Noah has been somewhat inconsistent. In fairness, it’s hard to fill the shoes of a legend like Stewart, and The Daily Show isn’t the only program struggling to find its footing in the “new normal” of Donald Trump’s America.

Like Stewart before him, Noah occasionally sheds his comedic persona to deliver a poignant commentary on a story where no joke would be appropriate. Born in South Africa to a black mother and a white father during apartheid, it comes as no surprise that Noah has strong opinions on race and social justice.

Although Tuesday’s Daily Show featured a segment discussing the Philando Castile verdict, where Minnesota police officer Jeronimo Yanez was acquitted on manslaughter charges connected to Castile’s shooting death in July 2016, Noah felt compelled to return to the subject the following night. The basis for his commentary was the release of a disturbing dashboard camera video from the police car in which Castile was complying with the officer when he was shot and killed.

Noah pointed to another video taken by Diamond Reynolds, Castile’s girlfriend, from inside the car immediately after the shooting, in which she refers to the police officer who just shot her boyfriend four times as “sir”. Noah’s take is brutally honest. “It’s f—ing mind-blowing that Diamond Reynolds has just seen her boyfriend shot in front of her. She still has the presence of mind to be deferential to the policeman. In that moment, the cop has panicked, but clearly black people never forget their training.”

His analysis ended with a chilling conclusion that anyone watching the video would be hard-pressed to deny:

“What they’re basically saying is, in America it is officially reasonable to be afraid of a person just because they are black.” 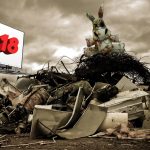 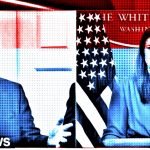