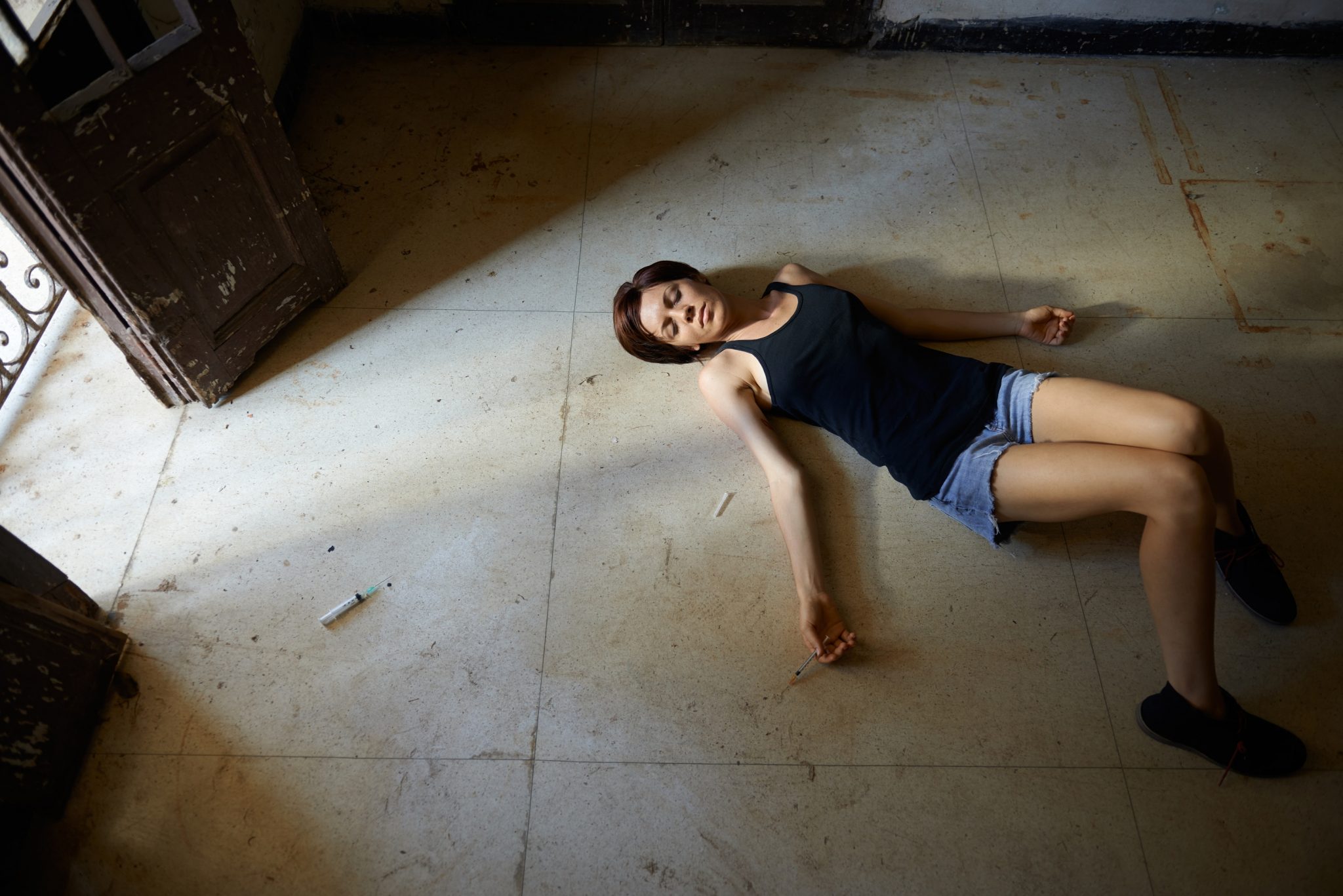 by Alexandra Nicholas, Goose in the Gallows Contributor

For young people looking to escape home life, depression, abuse, or to loosen up, fit in with their peers, to feel like their idols, the choice to do drugs, especially opioids, may seem to be a great one.

Underage binge drinking is actually at a decreasing level right now. Alcohol can tire you out, and blackout, stumbling drunk isn’t a good look on anybody. The effect of intoxication doesn’t last too long, either before your body metabolizes the alcohol or you vomit it right back up. Alcohol is a numbing solution and makes you forget. Alcohol also has a lot of calories. Young people post a lot of pictures to themselves to Snapchat and Instagram, and they want to look good. Avoiding alcohol in large quantities prevents an unwanted weight gain.

Drugs have a longer lasting effect. People want to remember feeling good if they can. This is only my theory for one of many reasons why opioids are popular among young people: Right now, a lot of popular music is more about expressing your feelings than partying and drinking. Young people are emulating those lyrics by enhancing their emotions rather than numbing their senses with intoxication.

The Undeniable Truth of Opioid Addiction

Opioids are the most accessible type of drugs in Pennsylvania. They’re inexpensive. Most are legal. You can get painkillers prescribed by your doctor. You can go to your grandparents’ medicine cabinet and steal some prescriptions without them ever knowing. In contrast, you can’t get cocaine prescribed to you by your doctor, and it’s more expensive. Robin Williams once said cocaine is God’s way of telling you that you have too much money to spend. Not everyone who does opioids is an addict, but the undeniable truth is that opioids are addicting.

There’s a decent supply and plenty of a demand for opioids in Pennsylvania because drug dealers profit from buyers who are addicted. Heroin sells in Pennsylvania for an average of $5-8 per bag and often bought in bundles of 7 to 10 bags. It’s priced just right for the dealer to profit and costs less than weekly groceries for the buyer. Addiction is a disease that kills far more people every year than heart disease or diabetes. No one shames someone for having heart disease or diabetes, but addicts are stigmatized and looked down on by society.

“OxyContin? Why would I have that?”

I’m a millennial in her early 20s who has seen how the opioid crisis affects young people first-hand. One day in my freshman year of college, a friend of several years asked me if I had any OxyContin. I replied, “No, why would I have that?” I was naïve and confused. She asked if I knew anyone with OxyContin or sold Oxy. I said no; I knew who to buy weed from but nothing stronger than that.

She told me she’d been feeling depressed. She told me that she thought she looked ugly (when in reality, her looks are above average) and that she felt alone. I sat her down, and I told her, you can talk to me if you’re feeling down anytime, and a lot of people like you for who you are. Listen to me. Oxy or any other drugs aren’t the answer to whatever you’re going through. These are potent drugs and can lead to addiction. I told her, addiction is a disease that can destroy your life if it doesn’t end it, and will only create more problems and pain for you. I told her drugs cost money and you’ll lose money. I told her an addiction could lead her to use the more lethal drugs morphine and heroin.

Dealing with depression myself, I didn’t understand why someone would turn to something to treat depression that could potentially make your depression lows even worse. Experiencing the mental and physical hell of addiction combined with the sinking feeling of depression is a terrifying thought to me. However, not everyone sees using drugs for treating their pain in the way I do, and I can’t judge them for perceiving things differently. Depression makes you feel hopeless, and for some people, drugs are a last resort even when they know the risks. 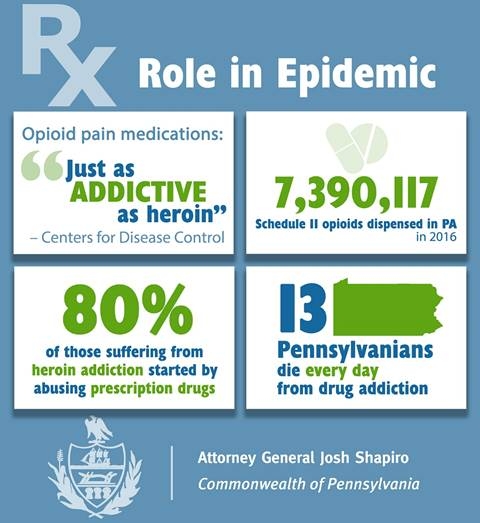 I lost a friend to opioids.

Every other day from that day on I texted her asking her if she was okay. She never answered my texts, and I gave up a week later when she unfriended me on Facebook. She had made her choice. It’s been several years since I’ve seen her. One year after she cut off contact with me, she texted me one evening asking me if I knew any dealers. I didn’t answer. I had made my choice to let go. I lost a friend to opioids.

From what I’ve observed, young people do Oxy, Percocet, fentanyl, hydrocodone, suboxone, morphine, meth, and heroin, because they’re feeling miserable, and they want to feel relaxed. It doesn’t seem to be that they do it for fun. Percocet is the easiest opioid to get in college, followed by Vicodin, but Vicodin is a weaker high once you gain a little tolerance. The “fun” drugs are MDMA, LSD, codeine, shrooms, Adderall, and cocaine. Young people say it’s hard to get addicted to these, and they only do them on the weekends, so it’s ok. The first time I was offered any of these, was when I was 14 at a school dance, in a church no less. I was offered ecstasy. I had no interest. There have been many deaths of young people due to MDMA, but young people aren’t off-put by that and see MDMA as a “safer” alternative to ecstasy. It’s not.

It’s standard to hear certain people you went to school with are now “dope heads” or “meth heads.” The people who have become dope heads and meth heads come from all different high school cliques. There isn’t one set type of person who becomes an addict. At this point it isn’t even shocking to me anymore when someone tells me so and so is now a dope head. Opioids are just that easy to fall into. People think they can’t get addicted or overdose.

Opioids don’t discriminate; everyone is vulnerable.

Still, people are scared to reveal that they’re an addict because of the stigmas surrounding the personalities of addicts. Because of the stigmas, they may not want to get help and now have a label stuck onto them by our unforgiving society. A woman who was a blonde, cheerleader, high-honor roll student, straight-edge, and president of the Spanish Club in high school isn’t immune to falling into bad habits and suffering from this disease as an adult. Even people who go to church every Sunday can become addicts.

What’s disturbing to see are dope heads and meth heads leaving their child with a family member to take care of them and showing no interest in their child at all. The saddest situations of all are when a young person dies due to opioids and leaves their young child behind to grow up without a parent. This leaves a devastating impact on communities, with single parents working three jobs just to make ends meet, and aren’t home enough to spend time with their children. Lower household incomes make school taxes lower, cutting resources in schools. How can parents become involved with the community and guide young people when there aren’t many parents around?

Some of my closest friends have overcome opioid addictions. They’ve been to hell and back. I’m very proud of them for staying sober. But too many young people don’t overcome opioid addictions and succumb to their disease. Nearly every day, the obituaries section in my local newspaper in Southeastern Pennsylvania has the name of one young person taken away too soon due to the opioid crisis. Sometimes I know them, or a friend knows them, or my parents know their parents. I have a friend who overcame a long nightmare with drugs, and now her career is helping others through their nasty disease as an addictions counselor.

It’s difficult to regulate many opioids because they’re legal prescriptions. Making opioids harder to be prescribed will make more addicts turn to heroin to get their high because it’s inexpensive. A lot of young people get into opioids because of their mental health issues. They feel shame in turning to someone so they turn to drugs to cope. Society demonizes them for choosing to take drugs, but people who judge don’t know a person’s story and what got them to that point for them to feel hopeless. People usually don’t take drugs because they want to die. They need something to help them live.

The light at the end of the tunnel is faint, but it’s there.

When an addict is going through heroin withdrawal, their body shakes uncontrollably, and they feel very nauseated. It’s hard to give up something that can make you feel like you might die without. I have a close friend who quit heroin cold-turkey and withdrawal was rougher on her body than giving birth was for her. She’s now over two years sober, a fantastic mom to her son and daughter, engaged to a man who respects her sobriety, runs her own business and has a goal of opening up a bakery next year. My friend’s proof that no matter how bad things may be now, things can get better, and even the most depressed people who aren’t sure how they can make it another day sober, can find true happiness in clean living. Unfortunately, not all of her friends have had the same fate. She’s gone to too many funerals of people under 30.

I’m not the DARE program. I’m not Nancy Reagan with “just say no.” If a person wants to do a drug bad enough, they’re going to do it. If someone wants help badly enough, they’ll receive it. Please, if you’re facing an addiction, and you want help, there are people who care, and won’t judge you. There are excellent substance abuse centers right here in our state that has given many people second chances. 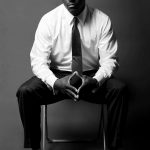 “There is No Doubt in My Mind That Race is a Factor”: One on One with Dr. Rueben Brock, Democratic Congressional Candidate (PA-18) 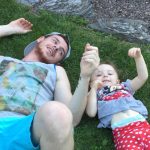