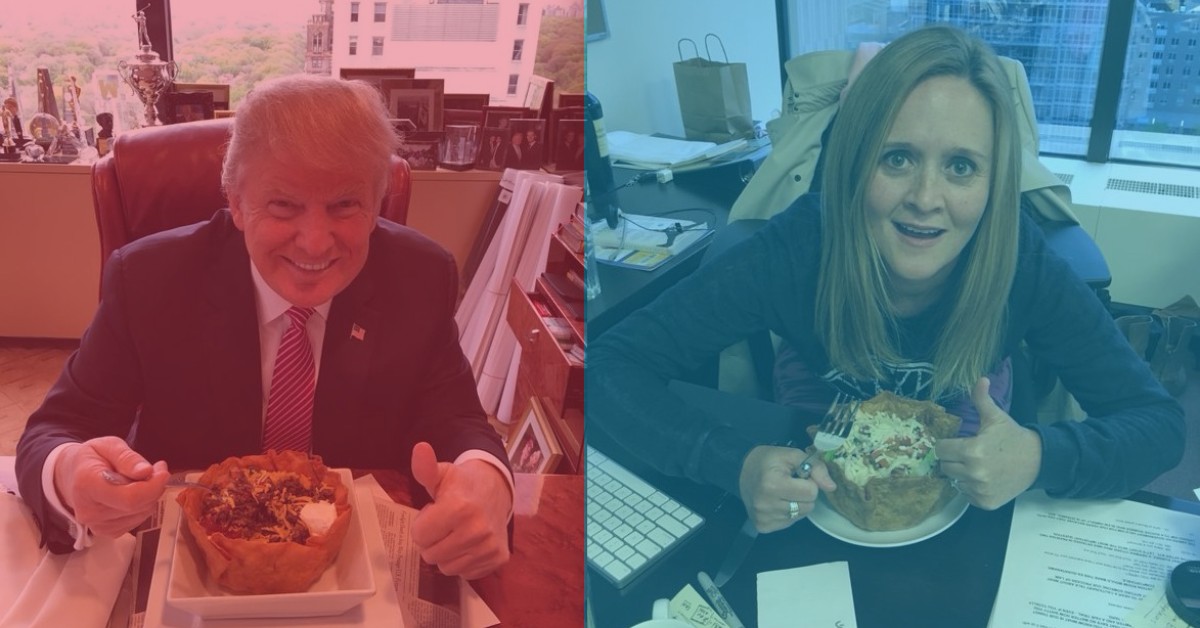 Democrats, it’s time to stop apologizing. Apologizing for what? Everything.

Actually, it’s well past time, but we have to start somewhere so here we are.

Every day of the Trump Administration is a new chapter in this bizarre politically-motivated nightmare of a culture war dominating America. I know many people don’t like the term “culture war,” but the analogies to war fit our current situation so well that it seems just a good a description as any.

The problem is the Democrats are fighting as though the Rules of War still apply when they clearly don’t. Donald Trump has declared his own set of Rules: he can say and do anything without the reasonable expectation of any consequences whatsoever. (This Rule applies to his political friends and family as well, with the possible exception of Tiffany, who always gets left out of the cool stuff.)

Conversely, if you say anything that either offends Donald or anyone else in Trumpland or if your words can be used as a tweet to stoke the fire of his political base, then you’re an Enemy of the State. (I’ll leave it to you to decide whether I’m being hyperbolic or literal.)

This dichotomy of rules of engagement results in an extremely unlevel playing field for our national political debate to take place. So why are Democrats so damn stubborn in their refusal to acknowledge that they’re being forced to run uphill?

I’m going to add an asterisk here to clarify that I’m not talking about slurs against someone for their race, ethnicity, sexual preference, disabilities, etc. Those words hurt not just individuals but entire classes of people, and they’re often the lowest hanging fruit for someone who wants to say something hurtful. If you choose to go there, don’t come back crying about how you were treated as a result.

A far better example would be Samantha Bee, the liberal comedienne who called First Daughter and Chinese Patent Queen Ivanka Trump a “feckless cunt” on her weekly cable show. When pressed for a response, Bee issued the following apology:

I would like to sincerely apologize to Ivanka Trump and to my viewers for using an expletive on my show to describe her last night. It was inappropriate and inexcusable. I crossed a line, and I deeply regret it.

Wrong move. If the President of the United States doesn’t ever have to apologize, why should you have to apologize to anyone for saying what you very clearly feel? Sure “feckless cunt” is rough language, but in the outrage over the use of the word, we’re being diverted from the fact that Ivanka is as shady as fuck and is making boatloads of cash negotiating business deals as a quid pro quo to curry her Daddy’s favor.

As soon as Bee apologized, the Entire Internet felt the need to chime in to righteously condemn her comments and word choice as demeaning to women. And I’ll agree- the word “cunt” is a demeaning word, which is why I never use it. But isn’t the entire point that Ivanka’s actions or inactions, especially given her high-profile voluntary role at the highest levels of our government, might merit a debate about the real damage she is doing to our country? Despite the fact that Ivanka doesn’t formally draw a paycheck from the government, the “we pay your salary” argument definitely still applies here.

So now Samantha Bee, who has done a fantastic job of spotlighting the insane level of fuckery in this country right now, has to deal with all sorts of manufactured bullshit. She’s taking backlash from people who should be smart enough to see past this smokescreen and stand arm-in-arm with her on the front lines.

Does anyone think that Ivanka Trump was REALLY offended? Of course not. Also, do you think that a whole bunch of the people condemning Samantha Bee haven’t used the word “cunt” or something worse? Come on.

And no, it’s nothing like the Roseanne thing for a whole bunch of reasons, except for the remote possibility that Bee was also on Ambien at the time.

How is it not clear that the groupthink chastising and minimalizing of a likable and credible Trump critic is EXACTLY the response her opponents wanted? Again, if we’re all playing by a defined set of rules, then I get it. But this is guerrilla warfare; if the other side refuses to abide by terms of engagement, then all bets are off. They HAVE to be. Trump doesn’t ask for permission to use his destructive and divisive tactics; he goes for it, secure in the knowledge that nobody will fight back in kind because it’s not appropriate.

Want proof? Donald Trump didn’t demand an apology for calling his daughter a bad word; instead, he demanded that TBS cancel Bee’s television show. This is all about killing the messenger, nothing more. Here is the statement issued by White House Press Secretary Sarah Huckabee Sanders:

“The language used by Samantha Bee last night is vile and vicious. The collective silence by the left and its media allies is appalling. Her disgusting comments and show are not fit for broadcast, and executives at Time Warner and TBS must demonstrate that such explicit profanity about female members of this administration will not be condoned on its network.”

Not a single word about Ivanka or an apology; it’s all about silencing “the left and its media allies”. Get the fuck out of here with that nonsense.

Well, take a look around, America. We passed the offramp for “appropriate” a long time ago, and now we’re lost in the middle of some town dump filled with Nazis. Like, real actual Nazis.

Democrats are so worried about losing the moral high ground that they seemingly forget there is an actual high ground to conquer and defend. But if we are going to have a prayer of reclaiming the narrative, we need to alter our mindset and methodology immediately, if not sooner.

Anyone who can be convinced by a fact-based argument against Trump was convinced quite some time ago. So how do we go out and get the rest of the people who are unwilling to acknowledge facts?

Well, we can start by speaking their language. If we’re supposedly the intellectual ones, doesn’t it make sense for us to learn their language instead of trying to get them to understand ours? If a large percentage of the American people are hardwired to let their values and beliefs shaped by bumper stickers, hashtags, and memes, then why the hell are we fighting it?

Far too many Democrats fail to acknowledge the cognitive dissonance between winning an argument and winning an election. Do you think the overwhelming majority of voters who voted Republican have the vaguest clue how badly they’re getting screwed over in the corridors of power in Congress and state legislatures across America? Of course not. They don’t know, nor do they want to know.

It’s not factual. It’s emotional, and emotions beat facts every day of the week and twice on Sunday. The facts are often hard-earned at some point down the road, far past the point of no return. Chances are you’ll be hearing plenty of them at a bread line in the not-too-distant future.

The point is we need to drop the pretense of being smarter than the people we need on our side. After all, if we’re so smart, how come they keep winning all of the elections?

So say what you need to say, however you need to say it, to get the message out. If you use naughty words to get your point across, then just fucking do it already. And instead of apologizing for your thoughts and opinions, defend them. Don’t let yourself be minimalized by self-righteous political correctness. This is one of those times where the ends justify the means, and if you don’t want to take my word for it, think about how many people whose lives are being torn asunder as collateral damage. If you were in their shoes (and maybe you are), would you want your defenders to worry about being politically correct?

Remember, this is war. And as the great General William Tecumseh Sherman once said, “War is a feckless cunt.” 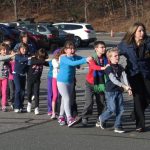 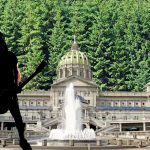