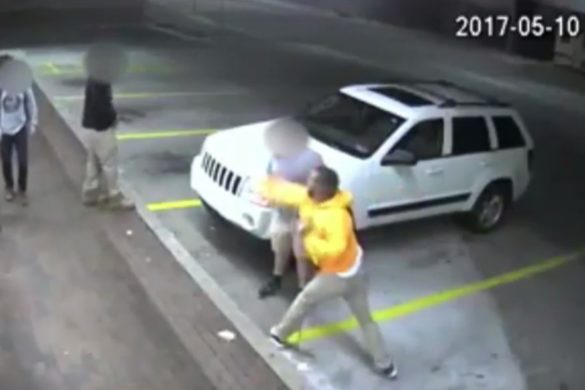 In these highly polarizing times, there isn’t much Americans can all agree on, so in one way, we owe a debt of gratitude to Barry Baker of Coatesville, Pennsylvania. Why? Because after watching this video of Baker mocking and then punching a man with cerebral palsy, I think we can all universally agree that Barry Baker is a complete piece of human garbage.

Take a look for yourself via video provided by Fox News 5 in Washington, DC:

Okay, now that you’ve seen the video, can we all agree this guy is a piece of human garbage? Oh, and here’s some bonus points for running away when the cops came after you, Barry. And double bonus points for your defense of not knowing the assault was caught on tape. You’re a criminal mastermind.

But those of you hoping for justice, in this case, will likely be highly disappointed. According to documents filed with Magisterial District Judge Mark A. Bruno, Baker was only charged with one second-degree misdemeanor count of simple assault and summary charges for disorderly conduct and harassment. The summary charges carry simple monetary fines, and the second-degree misdemeanor carries a theoretical maximum sentence of two years in prison, but such maximum sentences are almost always reduced by way of a plea bargain.

In fairness to the District Attorney, the statute doesn’t allow for aggravated circumstances when the victim suffers a disability, probably because nobody ever figured someone would be so sleazy as to attack someone with a disability.

Hopefully, the Chester County District Attorney’s office will refuse to accept a plea bargain and force Baker to stand trial and attempt to justify his actions before a jury. I’ll be the first person to acknowledge our prisons are overcrowded, but for an upstanding person like Barry Baker, we should be able to find a vacancy.

Baker is scheduled for a preliminary hearing on May 30. 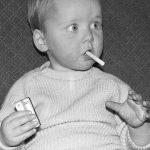 We Needed to get our Toddler off of his Binky, so we Tried Cigarettes Instead 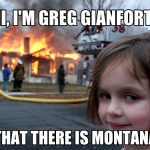 Greg Gianforte will be a U.S. Congressman, which means we’re all Losers