At this point, I’m supposed to give you a witty punchline because this sounds too absurd to be true. Instead, I say, “Welcome to 2017. Leave your expectations outside before you come in for the crazy.” Here we go:

Alexey Navalny is a Russian blogger who has spoken out against corruption in his country, so as you can imagine, Vladamir Putin isn’t a fan of his work. Navalny recently posted a documentary accusing the Russian Prime Minister Dmitry Medvedev of owning a large amount of real estate obtained through less than ethical and legal means. Let’s all take a minute and be thankful we never have to worry about something that preposterous in our own country, right?

Okay, let’s forget about our own banana republic by shifting back to Russia. After a lawsuit was bought by a Russian billionaire named Alisher Usmanov, who clearly has no ties to Russian government officials (wink, wink), a Russian court ordered him to take the video off of the internet. Navalny promptly declared he would not take the video down despite the court order and instead called for another round of protests against the government.

In fairness, considering that Putin has no problem having political critics and rivals disappear in cartoonish fashion, ordering Navalny to take the video down was Putin’s version of offering him a summer internship in the Kremlin. But Navalny has had disinfectant thrown in his face twice, requiring surgery to one eye for chemical burns, so maybe he’s just good at eluding hitmen??

As funny as it sounds for the world’s biggest pornography site to get involved in anything like this, it really makes a ton of sense. Pornography is considered by many to be one of the most extreme examples of free speech there is, so it actually kind of makes sense. Even more importantly, as the internet defines the way we either get information or get information kept from us, every once in a while people will have to resort to unorthodox ways of distributing content that somebody in power doesn’t want us to see. 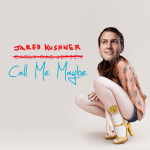 Hey, I just met you, and this is crazy, but can we please use your secret diplomatic communications network to establish back channels to the Kremlin… maybe? 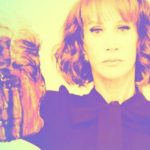