Yesterday a reporter named Brian Karem from Playboy magazine, engaged in a heated exchange with Principal Deputy Press Secretary Sarah Huckabee Sanders (yes, that’s her actual title) over the Trump Administration’s ongoing war with the media. You have to love how even Playboy seemed shocked they had a reporter credentialed to the White House:

The video features Karem and Sanders engaging in a tense exchange over the notion of “fake news” and the coverage of the Trump Administration. And while Karem does an admirable job of speaking truth to power and I give him tons of credit for speaking up, I came away somewhat underwhelmed. Based on the descriptions of the exchange on social media, I fully expected to see Huckabee Sanders in a headlock getting a massive noogie from Karem while the White House Press Corps yelled words of encouragement and made side bets.

A few days earlier, CNN made a bit of a splash by sending a sketch artist into the press briefing because cameras weren’t permitted. Cute gimmick, sure, but what did it accomplish? 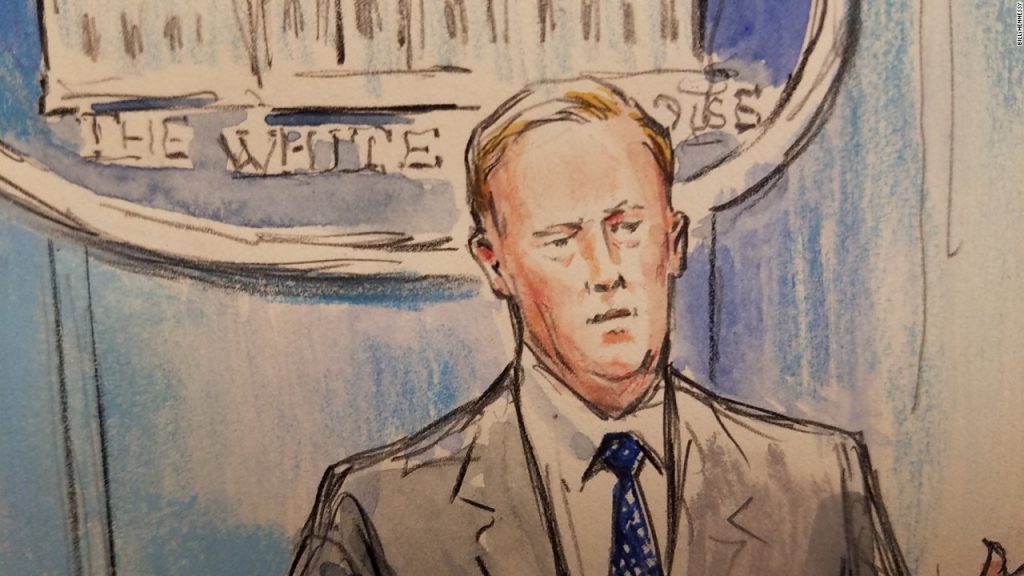 CNN Reporter Jim Acosta plans on drawing a huge penis on the side of Spicer’s face and using it for his Christmas cards this year.

This is not normal? No kidding.

There is one familiar refrain popping up on Twitter from journalists around the world.

“This is not normal.”

The problem is the phrase, although technically accurate, does nothing whatsoever to move the needle on the public debate. Trump supporters wear it like a badge of courage because they have been told over and over again that normal equals bad, and isn’t it fun to watch those elitists in the media struggle to deal with a real (translation: white) President? The Republican Party will probably use quotes from CNN as fodder for fundraising- and it will work for exactly the reasons stated above.

Meanwhile, those who oppose Trump or who are at least alarmed at the sudden dictatorial turn taken by the administration in regards to the role of the press, don’t need to be repeatedly told this is not normal. We got the memo. We’re on board.

So instead of politely finding new ways to bitch on Twitter about the lack of press access, why not like, you know, actually do something about it? What would happen if every journalist in the White House Press Briefing, upon being told taking video is forbidden, suddenly pulled out their iPhones and started live streaming it on Facebook? What if every time Sean Spicer refuses to answer a completely legitimate question, every subsequent reporter asks the same exact question until it is answered? What if instead of covering the White House Press Briefing, which is basically worthless at this point, news outlets took questions from elected officials from the opposition party instead? 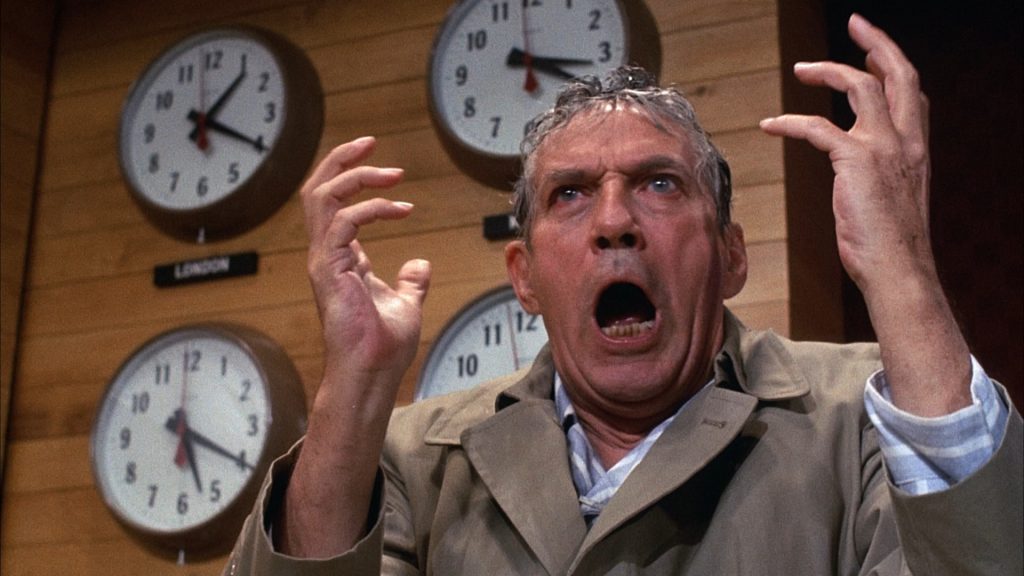 We all know the speech, but have you ever actually watched Network? Didn’t see that ending coming. #savage

The point is simple. If this presidency is not normal, then it’s okay for the media to not be normal too. Right now, Donald Trump has the press right where he wants them; in his mind, he’s winning the war. Winning it bigly, in fact.

This has nothing to do with partisanship, so knock that bullshit off right now.

And to all the Trump supporters running out to hop on the False Equivalency Bandwagon and start making this a partisan issue of the “left-wing media”, do yourselves a favor and don’t go there. If any Democratic President engaged in such brazen opacity (that is the opposite of transparent, right?), all hell would be breaking loose. When anyone not in your party is in power and does anything whatsoever, all hell breaks loose. On this one issue, you need to sit down, shut up and pull the teabags out of your ears, because this problem belongs to all Americans regardless of political affiliation.

Yes, the press can be a pain in the ass. And yes, the press can pursue agendas. But the press also fills a vital role in modern American politics by asking questions on behalf of the electorate to keep us informed. The old adage says if you didn’t do anything wrong, you have no reason to hide from anyone. At this point, dealing with the press is part of the job of being President of the United States. Watergate proved the absolute necessity for a free and independent press, and considering all of the other Nixonian parallels at play in the Trump Administration, anyone with half a brain understands why this brazen disregard for informing the American people is so troubling. 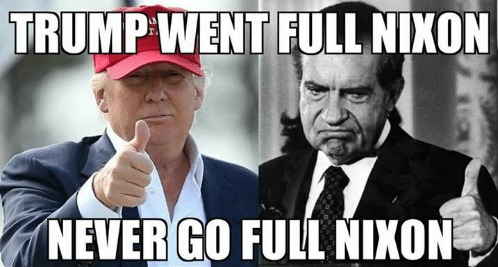 You’re bringing an iPad to a knife fight. Time for the media to change tactics.

But back to why the media needs to show some intestinal fortitude and get serious about the lack of access and honest information permeating from 1600 Pennsylvania Avenue. I am a firm believer that we should respect the office of the Presidency even if we don’t particularly respect the person occupying the office at the moment, but Donald Trump treats everyone who doesn’t buy what he’s selling with such utter disrespect that I think a bending of the rules is warranted in this case.

I’m not talking about resorting to tabloid journalism or digging up more naked photos of Melania Trump or making fun of the President eating well-done steaks with ketchup (which is fucking unacceptable, but a subject for another day). I’m talking about turning on the cameras despite being told not to in a press briefing. I’m talking about the visual symbolism of somebody being physically dragged out of the White House Press Room in pursuit of totally relevant answers to critically important questions. I’m talking Dan Rather at the 1968 Democratic Convention, kicking ass and taking names to show the country what was really going on. 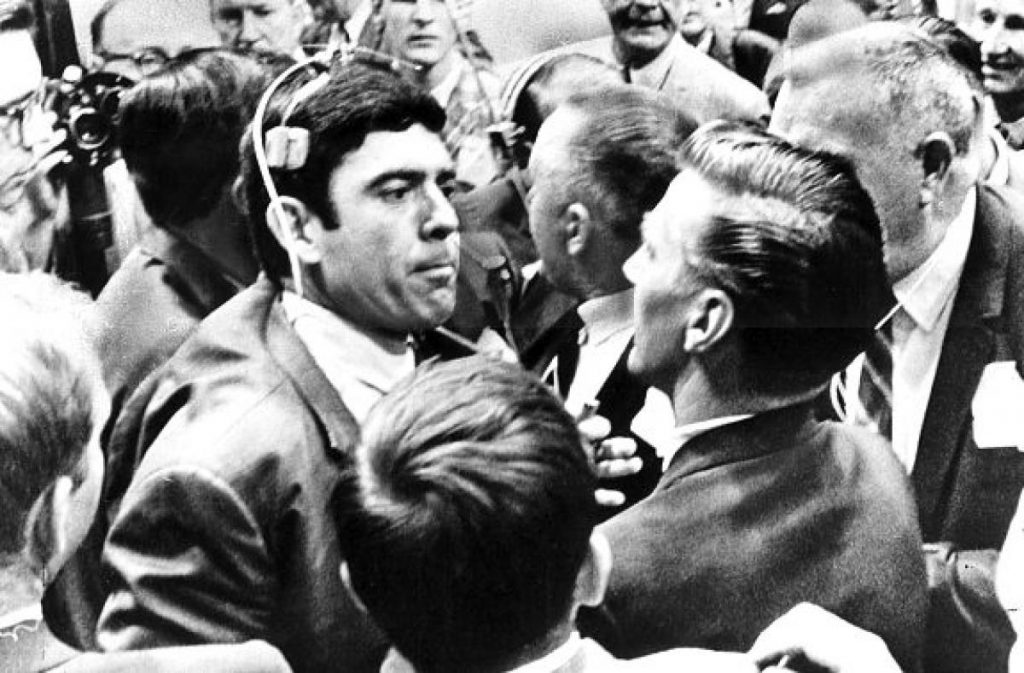 “We’re handing out ass kickings and cake, and we’re all out of cake.”

The American media has the singular ability to speak to the entire world. Failing to utilize that ability when there are real stories to be told, when millions of people are going to sleep wondering if they are about to lose their health insurance, when the ugly face of racism and hatred are being fueled by the highest office in the land, when the only way to make it in America is to be born into extreme wealth, is a dereliction of duty by the Fourth Estate. Maintain your professionalism, but turn up the pressure and the volume- while you still can.

We get it. This. Is. Not. Normal. That phrase should be a call to arms for everyone in the media, not a halfhearted admission of defeat.

I know journalists understand questions, so I have one for you. What are you going to do about it? 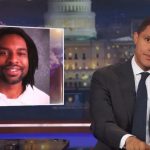 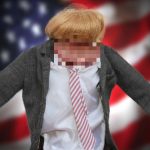