[vc_row][vc_column][vc_column_text]Let’s get one thing straight right up front. Lindsey Williams won.
Nobody can dispute the results of the election for the vacant seat in Pennsylvania’s 38th Senate District.

I’m no mathematician, per se, but I checked my work several times and used the calculator app on my phone to be sure. Senator-elect Lindsey Williams beat Republican  Jeremy Shaffer by 793 votes. Done deal, right?

What Are The Legal Issues?

Article II, Section 5 of the Pennsylvania Constitution lays out the requirements to be a state senator as follows:[/vc_column_text][vc_custom_heading text=”Qualifications of members.
Senators shall be at least 25 years of age and Representatives 21 years of age. They shall have been citizens and inhabitants of the State four years, and inhabitants of their respective districts one year next before their election (unless absent on the public business of the United States or of this State), and shall reside in their respective districts during their terms of service.” font_container=”tag:h3|text_align:left|color:%231e73be” google_fonts=”font_family:Merriweather%3A300%2C300italic%2Cregular%2Citalic%2C700%2C700italic%2C900%2C900italic|font_style:700%20bold%20italic%3A700%3Aitalic” css_animation=”appear”][vc_column_text]Pretty straight-forward, right? One would think so. The problem is at some point some plucky Republican political operative doing opposition research on Williams found that she voted in Maryland in the November 4, 2014, General Election.

Williams has established that she received a permanent job offer on October 31, 2014, which she signed two days later on November 2, 2014. After signing the letter, she immediately began the process of moving back to Pennsylvania- just like anyone would do under the circumstances. Long story short, she has produced over one hundred pages, including affidavits signed under penalty of perjury, to corroborate the sequence of events, which is pretty impressive considering there is no way she ever expected to be in this situation way back then.[/vc_column_text][vc_column_text]

So What’s The Problem?

Back to the present day. Williams has been duly elected and is slated to be formally certified and seated on January 1, 2019, along with all elected officials who won in November. As someone who went through four swearing-in ceremonies as a House member, I can say from experience that it’s a pretty big deal- especially your first one. The day is really about allowing your family, friends, and supporters who busted their collective humps for you throughout the campaign to see the fruits of their labor. Think of it as the ending of Star Wars: A New Hope where everyone is standing up on stage getting medals (except that Wookies are explicitly banned from the State Capitol, but that’s a whole other story.)[/vc_column_text][vc_single_image image=”4658″ img_size=”full” add_caption=”yes” alignment=”center” onclick=”link_image”][vc_column_text]In Williams’ case, the victory is even sweeter because her opponent, Jeremy Shaffer, ran such a sleazy campaign. If you recall, he’s the jagoff who duplicated Lindsey’s signs but added the label “SOCIALIST” and then lied about being involved. By all accounts, the guy just fucking sucks, and the people of the 38th District dodged a bullet regardless of party affiliation.

But in all seriousness, Swearing-in Day represents a bright line separating the poetry of the campaign with the prose of actually governing. Anyone who slogs through the hell of a political campaign to get there deserves to enjoy the experience.

Which brings us to the real reason why Republican leaders in the Senate are messing with Lindsey Williams. It’s remarkably simple: they’re pissed that Williams won and they want to stir up bullshit by any means available. They’re dicks for the sake of being dicks, with a touch of trying to delegitimize her victory somehow. And because they had no problem making a big deal out of it before the election, they can’t even claim that the voters didn’t know when they went to cast their ballots.

To truly understand the depths of their dickishness, you need to understand the process by which legislators get on the ballot. We all know about getting signatures on nominating petitions, but there are also several other forms a prospective candidate must fill out as a part of the overall process. These forms include an affirmation by the candidate that he or she meets all requirements necessary to run for the position in question.

After all of the paperwork is submitted, there is a period during which challenges to a candidate’s eligibility can be filed with the Commonwealth Court in Harrisburg. The overwhelming majority of these challenges are about whether or not the candidate has enough valid signatures on his or her nominating petitions. The cases are resolved either by litigating the issue before the Court or by the candidate under scrutiny realizing they’re going to lose anyhow and rather than spring for legal fees, withdraws their candidacy.

But the critical point here is that a process exists under the law to make the argument the Senate Republicans are now trying to make against Lindsey Williams. And that process has an absolute hard deadline to file a legal challenge- generally a week after candidates file their nomination forms. Once the deadline passes, that’s it. Pennsylvania law does not provide for any further remedy. You snooze, you lose. You can’t wait until October to officially raise an issue you needed to raise back in March.

Wait, I Thought You Folks Hated Frivilous Lawsuits. What Happened?

That’s judge-speak for: Get the fuck out of my dojo with this bullshit.

[/vc_column_text][vc_column_text]But Lindsey Williams was forced to spend valuable time, money, and energy in the final days of a ruthless campaign to deal with the lawsuit, regardless of the Republicans’ pathetic attempts to pretend the process was anything but a political stunt.

Someone Needs To Knock This Bullshit Off Permanently In 2020

By the way, this brings up an interesting point that people need to start paying attention to in future election cycles. There have been more legislative races in Pennsylvania than most people realize where the Republicans take a political issue and then use the media to make it seem like a legitimate legal problem or even a criminal allegation against the Democratic candidate. Once they have their trumped-up headline, usually obtained by asking a local District Attorney a hypothetical question and then taking the answer as anything but theoretical, they run with it all over mailers, television ads, and elaborate websites and social media posts.

So now, instead of two candidates talking about legitimate issues, we have a Democratic candidate spending every waking moment defending false allegations accusing them of everything from serial jaywalking to actual rape. I’m not kidding; not only is that actually happening, but it also works way more than it should, which means it will keep repeating over and over again.

A Fake Political Crisis, Brought To Us By That Same Bag Of Dicks Again

But I digress; let’s get back to Lindsey.

So the problem is not whether Senator-elect Williams is qualified to serve under Pennsylvania law. She’s going to be certified as the winner by Acting Secretary of State Robert Torres on January 1, just like all 203 members of the House, the 25 members of the Senate in seats up for election, and the Governor and Lieutenant Governor.

So what’s the problem? Oh yeah, the Senate Republican leaders are dicks.

Because the Republicans are the majority party in the Senate, they run everything, including the Rules by which the chamber operates. Without diving too deeply into the nuts and bolts of how legislative bodies govern themselves, each body approves a set of rules at the start of the two-year session. These rules dictate how many members of each party serve on committees and whatnot, plus issues of how the amount of money the body gets to operate is divided among the majority and minority- stuff like that.

The Senate Republicans, led by President Pro Tempore Joe Scarnati, are trying to renew this narrative questioning Williams’ legitimacy not under Pennsylvania law, but under the Rules of the Senate- which they conveniently happen to control.

Regardless of what the Senate Republicans do, Lindsey Williams will still be the duly-elected Senator for the 38th District. What they are proposing is not to allow her to take her seat as a voting member of the Senate. She still gets paid (as she should), and the Republicans have already hired outside counsel to examine the documentation Williams submitted, presumably to show any issue is total malarkey. But honestly, she shouldn’t have had even to take that step, and the fact that she did should be the absolute end of the whole clusterfuck.

Is It Time To Go All “Donna Martin Graduates” Yet?

So what happens between now and Swearing-in Day on January 1? Expect some sort of deal to be struck whereby Scarnati and the Senate Republicans “graciously” drop the issue in exchange for some behind-the-scenes extortion of Senate Democrats that the public will probably never know about. In such a highly-transactional place as the Pennsylvania Legislature, it would seem to be the most probable endgame to resolve a manufactured political crisis.

Additionally, it’s hard to imagine that Senate Republicans would want that kind of a scene on a day where the Capitol is crawling with media from all over the state. In addition to everyone who will be there anyhow for Swearing-in Day, one would have to figure the building would be packed with protesters demanding Lindsey Williams be seated as a Senator. Are the Republicans going to order the Sargeant at Arms to physically remove her from her seat?

As an aside, if this does happen, and it fails to play out as a word-for-word recreation of the “Donna Martin Graduates” episode of 90210, I no longer want to go on living in this world. (By the way, watching Ian Ziering say “Donna Martin graduates” in a threatening tone is maybe the funniest thing ever recorded anywhere.)[/vc_column_text][vc_video link=”https://www.youtube.com/watch?v=iunYmHH0UNI” align=”center”][vc_column_text]Scarnati and company are not that politically tone-deaf, especially with an important Special Election looming in the neighboring 37th District in the spring of 2019. By picking up five seats in November, the Republicans’ hold on the Senate is more precarious than they want to admit, especially with a reapportionment process looming in 2022 that will almost reverse some of the gerrymandering that allowed the Republicans to maintain such large majorities in the state House and Senate for years now.

After being in power for so long, one absolute certainty is that Republican legislative leaders won’t let anything put that power in genuine jeopardy. They’d burn the building down first before going into the minority.

Then again, anything is possible, especially in the utterly mind-boggling political environment in which we currently operate. But what cannot be denied is that Pennsylvania has big, nasty structural problems that have gone ignored for years, and sooner or later those chickens are going to come home to roost in a big way.

Can We Have An Actual Grown-Up Moment In Harrisburg?

So let’s have those debates. Let’s talk about solutions. Let’s have some healthy much-needed discussion about how to solve the severe problems impacting a highly-diverse and complicated commonwealth. But to do so correctly, we must end the political stunts and welcome the voices of newly-elected officials from both parties in a way that acknowledges and respects the will of the voters.

In other words, it’s time for the Senate Republicans to knock off the childish bullshit and let Lindsey Williams do the job she was elected to do. She’s fucking earned her seat at the table. Deal with it.[/vc_column_text][vc_custom_heading text=”Lindsey Williams Legislates.” font_container=”tag:h2|text_align:left|color:%231e73be” use_theme_fonts=”yes”][/vc_column][/vc_row] 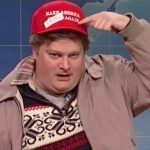 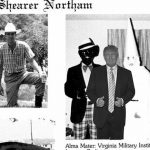