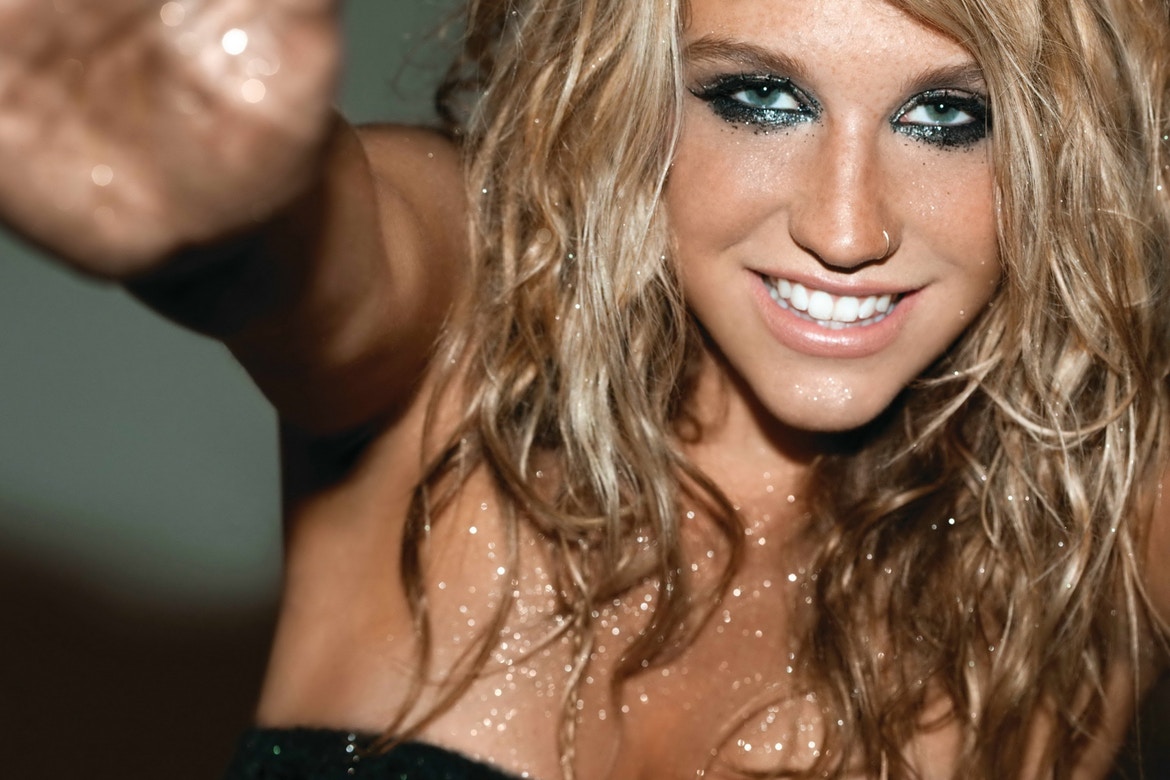 After four years in exile due to a nasty, high profile dispute with producer Dr. Luke, Kesha is back in a big way.

Last week, she previewed a peek at her upcoming LP Rainbow with “Praying”, a soulful piano ballad clearly intended to exercise some of the demons of her forced hiatus. Given the allegations of sexual, physical, verbal and emotional abuse by Dr. Luke during their professional relationship, Kesha is clearly treating this return to the spotlight as a catharsis, and the emotional investment is evident.

A week after previewing “Praying”, Kesha has released a second single called “Woman”. For fans concerned about her losing her fun-loving, free-spirited, personality, all fears are disabused within the opening seconds of this rowdy anthem featuring the Dap Kings. How can you call a song with a chorus of, “I’m a mother fucker!” anything but free-spirited?

Kesha (the $ is silent now, in case you haven’t been paying attention) published this essay in Rolling Stone to discuss her forceful reemergence into pop culture:

Musically, I really couldn’t be more proud of this record. I think that this album sonically sounds more like the music I listen to than anything else I’ve ever done in the past. I love the music I have made before, but it was funny to me that I would go play huge EDM festivals and then I’d go onto my tour bus and get out my record player and put on Iggy Pop, Rolling Stones, Beach Boys, T Rex, Dolly Parton, James Brown, Beatles, The Sweet; any of those records. They all couldn’t be more different sonically from what I was doing, even though the same wild spirit was there.

I realized that for most of my life I was intimidated to even try and run in the leagues of the people I look up to. With “Woman,” I hope my fans will hear that wild spirit still strong inside me but this time it was created more raw, spontaneously and with all live instrumentation, which I found was a huge reason I loved the records I did love. There were one or two or 12 different people playing real instruments together, and all that real human energy is exciting and very fun to listen to. I wanted this song to capture that organic, raw, soulful sound and keep the imperfect moments in the recordings because I find the magic in the imperfections.

A huge turning point for me was my recent tour with my band, The Creepies. On that tour, we did away with many of the big pop gimmicks: no dancers, no screens, no backing vocalists, no backing tracks – it was just my band and I letting it all out onstage. Even though I didn’t have new music out in the world I was sick of waiting around, and I had a lot of raw crazy energy and wanted to reconnect with my fans. It was a sink-or-swim situation – it was either me sing my ass off or sound like shit, because it was just me singing. No safety net, nothing to help out or distract from anything if I hit a fucked up note. It put the pressure on me in a good way. I had to rise to the occasion and take control of my voice and in the process I gained a lot of confidence in my vocal ability I’ve never had before. When I went back to finish recording “Rainbow,” I had a whole new confidence in my voice because I had just gone on an entire tour and carried the whole thing with that voice.

‘Rainbow’ single “Praying” addresses suicidal thoughts; “I wrote a song about it, so let’s talk about it,” singer says

That day in particular I felt like I had earned the right call myself a motherfucking woman. I have always been a feminist, but for much of my life I felt like a little girl trying to figure things out. In the past few years, I have felt like a woman more than ever. I just feel the strength and awesomeness and power of being female. We hold the key to humanity. We decide if we populate the Earth, and if so, with whom. We could just decide not to have any more kids and the human race would be over. That is power. I just really fucking love being a woman and I wanted an anthem for anyone else who wants to yell about being self-sufficient and strong. (Yes, men, this song can be for you too.)

It was such a beautiful experience to write such a strong female empowerment song with two men, Drew Pearson and Stephen Wrabel, because it reinforces how supportive men can be of women AND feminism. That day was one of the best writing sessions of my life. It was pure raw joy. I have never had such a wonderful and hilarious work day as I did that day. It was one of those days I’ll remember forever, because it brought me back to why I wanted to ever start making music.

We were just making it up as we went. Wrabel and I got in the booth together singing vocals together and I sing “I do what I want” and he sings “she does” and I go “say what you say” and he goes “aahh” and I go “work real hard every day” and he starts laughing. It was one of those songs that just happened as much as it was written. We were like three little kids going fucking crazy. We were just giddy, singing in the vocal booth until we realized that we had somehow (Drew!) gotten ourselves locked in the vocal booth … we had to call a handyman who helped remove a window so we could crawl out before we died of asphyxiation.

We were delirious and laughing through the whole rest of the writing session. At one point, we were supposed to be doing vocals and Wrabel and I just lost it and laughed for an entire vocal take – we called that the laugh track – and when we were putting the song together, we sprinkled in the psychotic-sounding “laugh track” of us just yelling and laughing at each other throughout the song. It’s my favorite because it really captures the joy of this day, this collaboration team and this song. I really have to thank Stephen Wrabel and Drew Pearson for helping me through the past few years and making writing songs a beautiful thing again. Both of those men made my art/work safe and fun, and every session with the two of them was so healing.

Once we had that original demo, I had one of many “dream come true” moments on the making of this album when the Dap-Kings invited me into Daptone studio in Brooklyn to put the finishing touches on the track with them. I knew we had a good song but since the day we wrote it I had wanted that Dap-King special sauce to take it to the next level. It was such an experience to come into their world and see the stacks of reel to reel tapes of Sharon Jones and Reigning Sound records that I love along the walls.

The vibes are real in between those walls and a thick layer of soul seems to cover everything in those rooms and it bleeds into the music. It felt like recording in another era – like how I imagined my heroes recording in the 1960s and Seventies. I was honored to work with Saundra Williams, who spent years singing with the legendary Sharon Jones in addition to being an amazing artist herself, on the background vocals as well as the Dap-Kings horns and it took the track to a whole other realm.

For the video, my brother Lagan Sebert and I threw the shoot together in about a week and shot it while I was on tour in Delaware. We found a bar appropriately named the Oddity Bar and called upon my Creepies to emerge from their lairs (and my touring crew from their hibernation chambers) and we pulled the shoot together last minute. Saundra Williams came down to Delaware to be part of the party. It was one of those projects where I knew exactly what I wanted and it was just easier to do it ourselves than try to explain my vision to another director. Sometimes when things are so organic and visceral they just come together and this song and video are a product of that. I was going from dancing around and screaming to checking camera angles. I loved it.

To me, the thing I’m most proud of is that the song and video never lost the pure joy from the day it was birthed. I really hope people enjoy this song because I had the best time making it. I hope that energy passes through people and the fun is infectious. It’s important for me that people know that there are a lot of emotions on my new album Rainbow – but the wild fun energy that first inspired me to perform has not, and will never, go away. I’m still a motherfuckerrr. 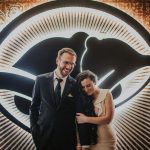 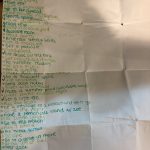