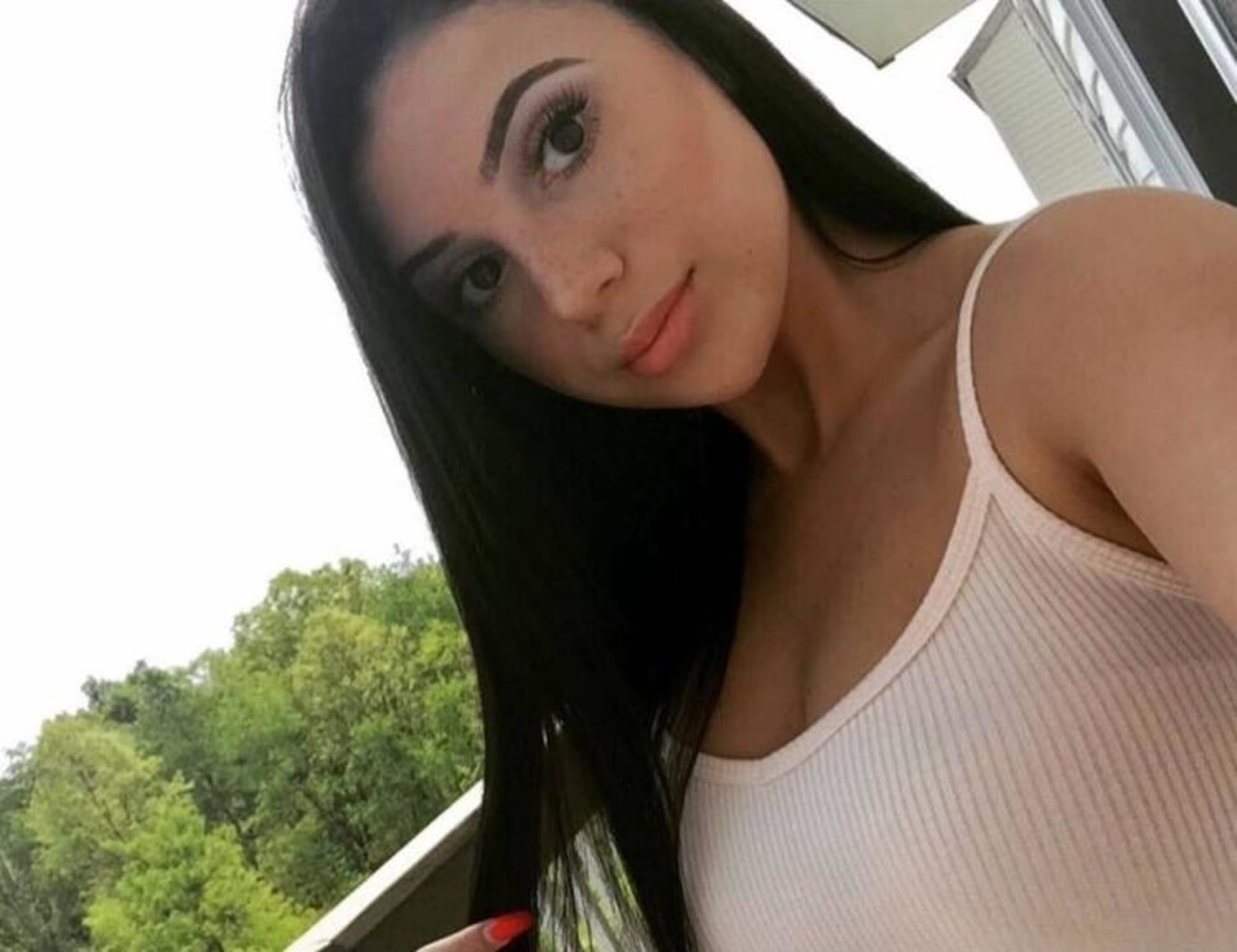 Alina Sheykhet was an ambitious, beautiful 20-year-old University of Pittsburgh student studying to become a physical therapist. She excelled at singing, dancing, and gymnastics. Alina lived together with her best friends in a house near Pitt where the aspiring students supported one other with their goals. The Sheykhet family moved to Pennsylvania from Russia to give their children the best in life. Those plans evaporated on October 8, when Alina’s ex-boyfriend, Matthew Darby, selfishly took away her bright future for the sole reason that he wasn’t a part of it.

Darby faced numerous charges filed against him earlier this year including rape, sexual assault, and aggravated indecent assault. His release from the University of Pittsburgh-Greensburg basketball team likely stemmed for his frequent run-ins with the law.

Zach Brander, a close friend, and roommate of Sheykhet recalled a chilling incident on September 20, which was after Alina ended her relationship with Darby and approximately two weeks before Alina’s death. Darby stood outside their house and shouted at Alina for over twenty minutes, accusing her of cheating on him with another man. Brander claimed this was untrue; it was, in fact, Darby who had cheated on Sheykhet during their relationship.

Not satisfied with his inappropriate serenade, Darby climbed up a gutter and snuck into Sheykhet’s bedroom to assault her. As a result of that incident, Sheykhet filed for and was granted a Protection From Abuse Order (PFA) against Darby by the Allegheny County Court of Common Pleas. In the PFA petition, Alina described Darby’s behavior as “grabbing, pushing, emotional abuse, jealousy, controlling.”

Six days later, Darby was arrested by Pittsburgh police and charged with a felony criminal trespass. On October 6, he had a status hearing on pending rape charges in Indiana County. And yet, despite all of this, Darby was a free man, roaming the streets while Sheykhet and other victims lived in fear. Earlier on October 8, Alina confided to a friend via text message. “I can’t believe Matthew wasn’t given this PFA sooner. He could have come to my house and done something to me. I’m so thankful he didn’t hurt me.”

He saw her as his possession.

Matthew Darby had already demonstrated to law enforcement that he had no respect or regard for females and was a danger to women. How could the law possibly allow Darby to avoid being locked up?

After taking Alina’s life, Darby escaped to South Carolina, where he was caught by police and arrested while attempting to break into a home on October 11. Shockingly, he pled “not guilty” in the murder of Alina Sheykhet.

People like Matthew Darby are dangerous. Those who continue to abuse and terrorize partners they claim to love are people who don’t know how to love. By making their partner’s life a depressing, fearful existence, they demonstrate just how little they care. Matthew Darby didn’t care about Alina Sheykhet as a person. He saw her as his possession.

When Alina ended their relationship in an attempt to remove Darby from her life, Darby no longer had what he believed to be his and his alone. He likely assumed the attitude of, “if I can’t have Alina, nobody can.” He wanted to punish her and make her feel pain. This brazen disregard for a human life is proof positive that people like Matthew Darby are a danger to society. He should’ve been locked up, but he wasn’t. At least not soon enough.

In the weeks preceding her murder, Alina reported numerous counts of physical and emotional abuse to authorities. Sheykhet’s friends witnessed the terrifying abuse she endured from Darby during and after their relationship. They tried to help her, but their options were few.

According to Alina’s roommate Zach Bradner, Darby was very controlling of her. He had all of her social media passwords, and would unlike pictures of any other guy that Alina had harmlessly followed on Instagram. Darby didn’t allow Alina to wear any clothes he deemed to be revealing. He blew up her phone constantly with texts and calls. That isn’t protecting your girlfriend, and it definitely isn’t love.

Darby’s actions are those of a possessive, jealous, hateful person doing anything but protecting their girlfriend. Alina was able to recognize his behavior and ended the relationship. There is a bleak comfort in knowing Sheykhet died not in oblivion, but having realized her worth as a human being.

Her roommates now believe that Darby broke in their home September 20 to murder Alina. Hearing her screams for help, they called the police and came to her room to stop Darby from whatever he was trying to do. Upon their arrival, the police arrested him. Although they knew Darby to be a vile human being, her roommates refused to believe he was capable of killing Sheykhet at the time.

Domestic abusers are capable of killing their victims and then sickeningly denying it because they don’t see death the way ordinary people do. Alina Sheykhet’s closest friends cared about her, protected her, and are in no way responsible for her death; however, people can be afraid to report domestic abuse that they endure or witness.

We Need to Wake Up.

Domestic violence is a difficult subject to bring up with a friend stuck in a toxic relationship. You may feel as if you’re intruding on a person’s private business. You may be uncomfortable with the risk of alienating yourself from your friend if they become upset and don’t want to talk about their situation.

Recognizing abuse in a relationship can be difficult, and often the victim is the last person to realize they are the victim of abuse. A domestic abuse victim often feels ashamed and doesn’t want to admit what’s going on. Domestic abuse victims often make excuses, with partners telling their victims that they won’t hurt them again, physically or emotionally. Their victims believe them and forgive them.

Alina Sheykhet was young, and in love. For a time, she believed Matthew Darby loved her back. After all, if a person says, “I love you”, they can’t hate you, right? The disturbing truth is there are people out there who are incapable of loving but say they love someone anyway. Please realize if someone shows hatred towards you in a relationship, it isn’t because you deserve that hate; it’s because all that these people are capable of is hate.

Even before murdering Alina Sheykhet, Matthew Darby demonstrated that he couldn’t be a respectful member of society. We need to wake up and realize what is happening around us. Perhaps ending stigmas towards domestic abuse and widespread acceptance that domestic violence isn’t the victim’s fault will save lives. If you see domestic abuse, report it. Approach your friends with any concerns you may have if you see anything that may be off in their relationships. Sometimes being a friend means telling our friends the truth even when they don’t want to hear it. You can call anonymously to the police to report abuse you have experienced and witnessed.

The best way to remember Alina Sheykhet is to make changes in our laws. Regular people should not have to be responsible for dealing with domestic abusers who need professional help. We need legislation at least at the state level to increase protections for domestic abuse victims. Honor Alina’s memory and have the woman live on to protect others by creating “Alina’s Law” to both help victims of and prevent abuse, sexual assault, rape after what she endured. It can be challenging to prove assault and abuse in the eyes of the law, but changes can be made to protect victims and provide much-needed security.

Perhaps Alina’s Law could include stricter punishments for stalking or mandate house arrest or other supervision for anyone with rape charges pending against them. Alina’s Law could target colleges campuses for more of a police and general surveillance presence in residence halls and off-campus housing. Students deserve quiet places to study and feel safe. Or Alina’s Law could even include the mandatory teaching of the signs of domestic abuse and sexual abuse in schools at an early age. If students learn these symptoms while they’re young, it could potentially eradicate stigmas for the next generation and maybe even save lives.

Rest in peace, Alina Sheykhet. You’re now free from all the hatred in this world. Wherever you are now, I hope you’re singing, dancing, and feeling nothing but the love you deserve. 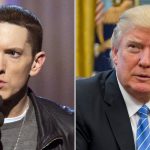 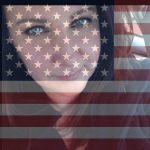