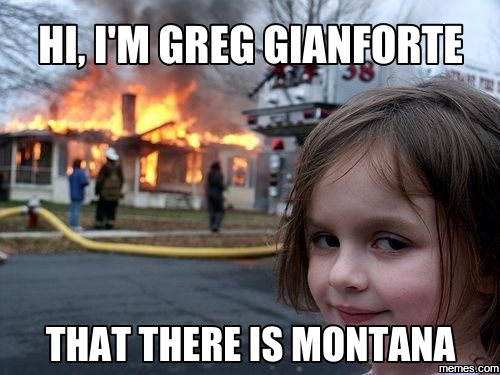 Greg Gianforte will be a U.S. Congressman, which means we’re all Losers

So this happened yesterday:

Yup, that’s Greg Gianforte, a candidate for the United States House of Representatives body-slamming a reporter who had the audacity to ask him a question he didn’t like about public policy. Because ‘Merica, that’s why.

While news outlets across Montana are withdrawing their support for Gianforte and national media outlets are making the obligatory (and in this case, accurate) noise about the treatment of a journalist being unacceptable, it all reinforces one undeniable fact.

Greg Gianforte will absolutely, without a doubt, be the next Congressman from Montana, because that’s exactly how broken American politics are today. I know virtually nothing about this race, but I can tell you that Greg Gianforte will win it. The reasons are clear as day to anyone who actually pays attention.

But let’s get back to that idea of the lack of an informed citizenry, which is an inexcusable farce in the Information Age. For many, if not most voters, their research about a candidate begins and ends with whether their name is followed by a “D” or an “R”. That’s it- that’s the entire gauntlet a modern day candidate must run in many instances. We have allowed the bar to be set so low for what constitutes a qualified candidate for office, the prevailing wisdom is that anyone can be effective in government.

Yeah, the media is somewhat to blame if only because they control the narrative in most cases, but there is still no excuse for an uninformed citizenry heading into voting booths like sheep, or even worse, not going to vote at all. Because if we all continue to stick our heads in the sand and allow the rapid disintegration of civic awareness currently facing America, we deserve exactly what we get, which is Greg Gianforte being sworn in as a member of the United States Congress. 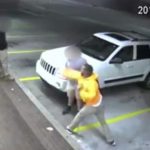 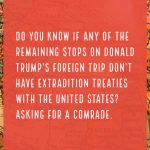 Asking for a Comrade…