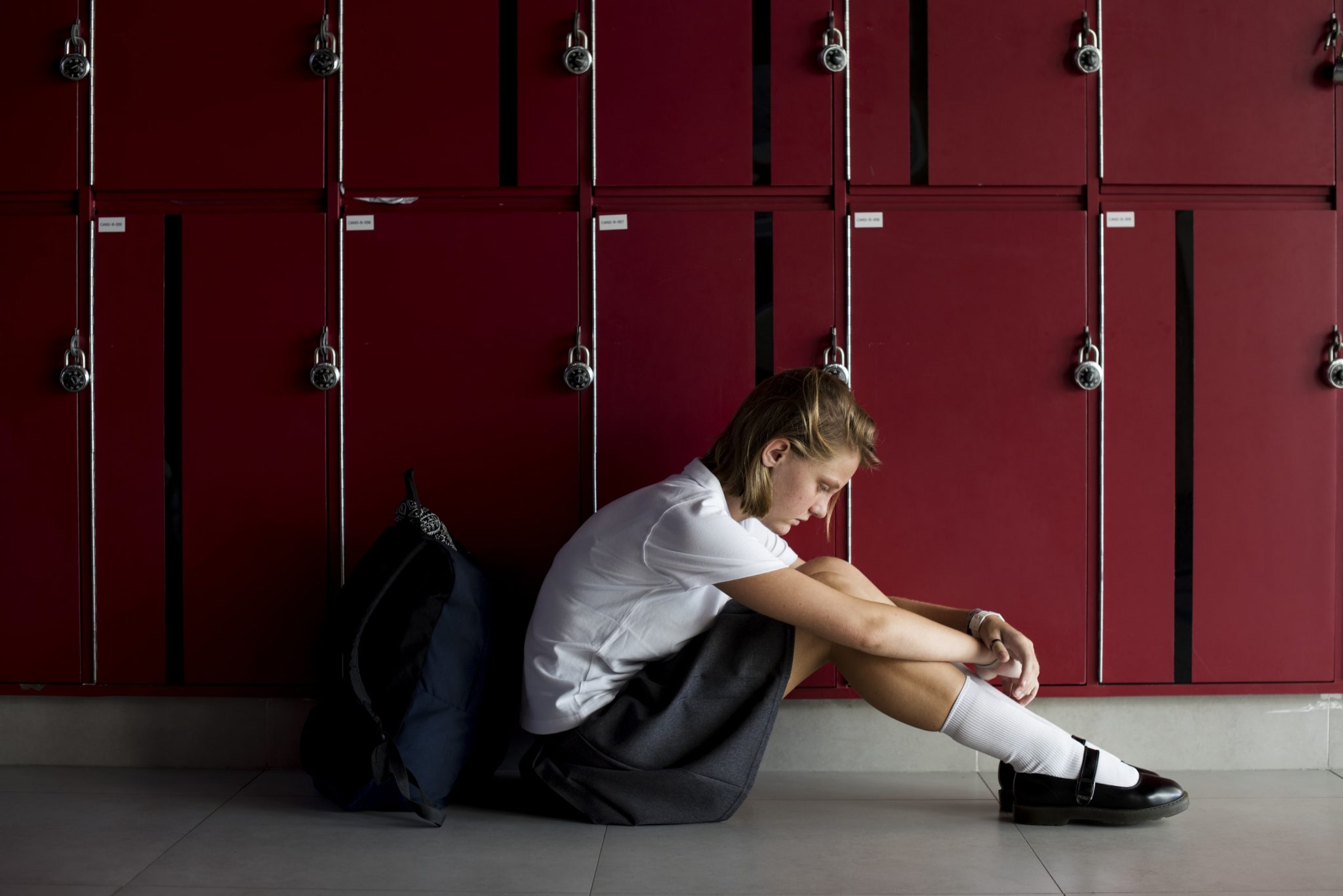 My middle school had a motto: “No place for hate.” The motto was not strictly enforced. I transferred to that school, and I was told every day of 8th grade to go back to the rival school I had transferred from.

“Go back to Wilson where you belong,”
“You’re a Wilson kid, and we don’t like Wilson kids.”

Not many students made an effort to make me feel welcome. My previous school was known for being affluent and preppy, while my new school was much more rural. I joined Future Farmers of America and got to visit farms and learn new things. I loved being around animals often, something that wasn’t available at my old school.

Block scheduling meant we only spent a few minutes of the day in the hallways, so not many taunts or things were thrown at me between classes. However, I was cyberbullied a lot in middle school before I deleted all social media (RIP AIM messenger) to preserve what remained of my sanity. I wish I had never joined AIM messenger. 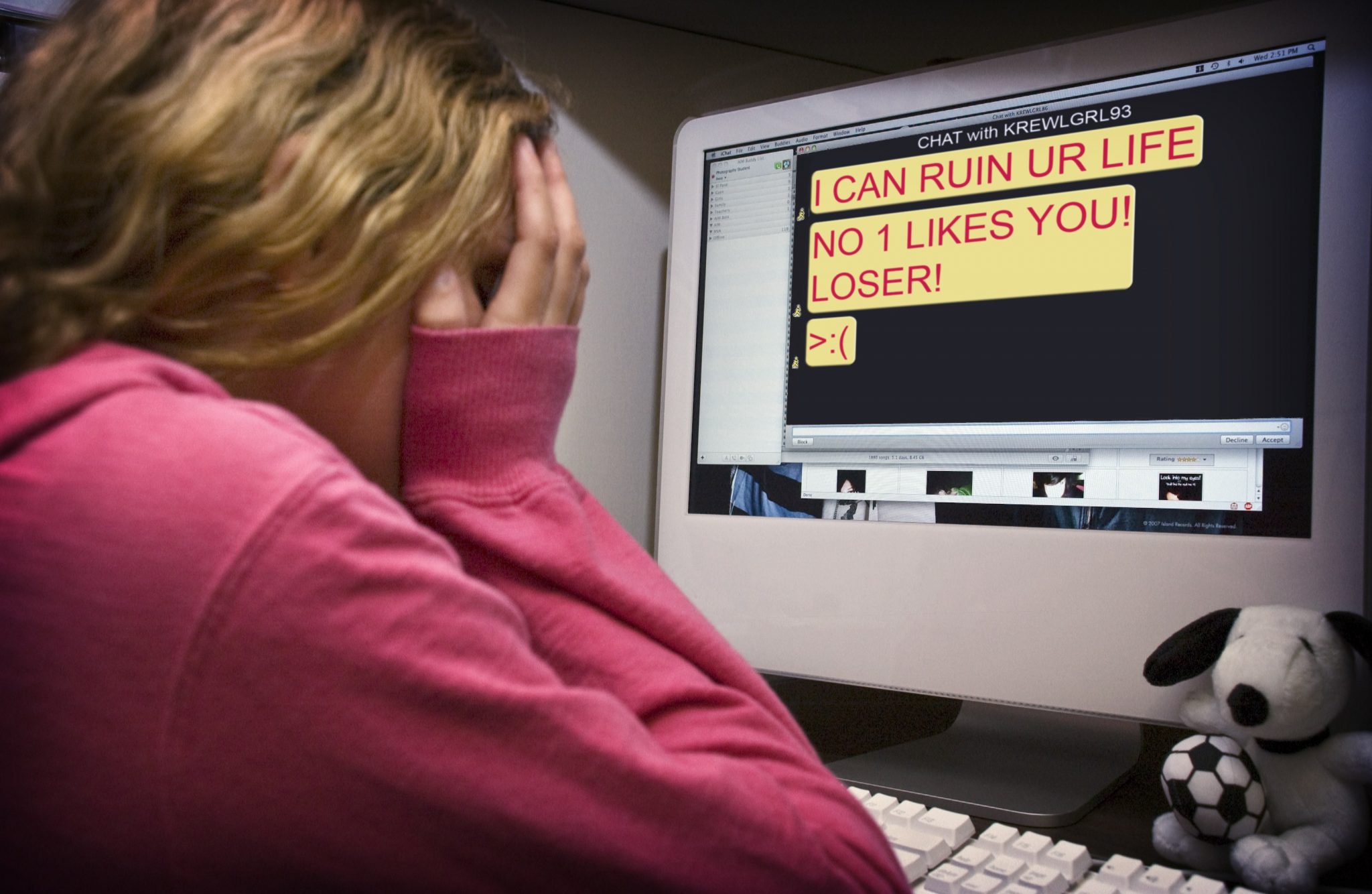 The Internet is the Wild, Wild, West (is that what WWW stands for?). People can say whatever they want behind the protection of a screen. Parents aren’t around to see or hear what their child is saying to another child. You can choose to use the internet for positivity or negativity. And so many young people choose to use the internet for negativity. I joined social media as a young teenager hoping it would be an excellent way to connect with new friends, but I was wrong. Classmates told me to go back to Wilson, that I was a spoiled prep, and they don’t like preps (I was actually in the midst of an Avril Lavigne-wannabe stage and wearing black lipstick and putting bright color in my hair). That was a decade ago, and even though I eventually became friends with some of my pubescent cyberbullies, cyberbullying remains a severe social epidemic among young people. These are my own experiences, but many other young people have the same narrative as I do, and many of them are much worse.

Behind a screen, my classmates could say whatever they wanted to say to me secure in the knowledge that no adults would hear or see it. My classmates went so far to say that if I told my parents, a teacher, guidance counselor, or the principal, they’d hurt me. Being a scrawny kid, I was petrified to say anything. If I told, the sad truth is that the bullies would be the ones who ultimately won. I would have been blacklisted socially as a tattletale, a loser, and no boys would have a crush on me. I wouldn’t have a fighting chance to sit with popular people at lunch. I would sit with the losers or the Goths, social outcasts who I found out later were pretty cool.

The jocks were the real losers who peaked at age 16. Not telling and letting the cyberbullying continue, living in fear kept me socially neutral. If I told, the bullies would get a few detentions and that’d be it. I’d still receive threats and receive taunts for sitting at the loser table where I’d have to go. Nothing would really change. So, I sat in the bathroom, the neutral place where you held no alliances. In the bathroom, protected by a stall, you had no label for thirty-five minutes. Being an outcast trapped in a school full of bullies is like a teenager’s version of being caught in a war zone.

The three fake-ass friends I had by my “side” when I was a teenager didn’t help. Because of their shortcomings, I didn’t know what true friendship was. In time I learned that true friends don’t just keep you around because you do their homework and write essays for them. Painfully, I learned that behind my back, my “BFFs” encouraged certain people to cyberbully me because they thought it was funny to see how the insults affected me. Although my “BFFs” said nice things to my face, they were the worst bullies of them all.

For the next two years, I didn’t want any friends. I cut off people because I was afraid that they would treat me the same way as those other girls did. Thankfully, these people never gave up on me and have shown me the true meaning of friendship after I pushed them away. If these girls had been able to have less contact with bullies after school, I think I would’ve caught on to their tricks sooner. I do blame the Information Age for a rise in bullying, although the underlying sociological issues are much more complicated.

When young people are bullied, they can feel hopeless and unworthy of being loved. This isolation can lead them to suicidal thoughts, and in too many cases, bullying victims do cut their own young lives short because of the hateful ways their peers subjected them to. Bullying is often done by insecure people themselves and they resort to making others feel miserable to help themselves feel better. So what can we do to combat cyberbullying?

Not Much Blood, But Too Many Casualties

We need to address mental health issues in young people and give more guidance from adults who genuinely care. Kids from broken homes struggle to find their importance and meaning in this world. Kids deal with a lot. Being in school is like psychological warfare; not much blood, but still too many casualties.

Bullying can be heartbreaking for their families to watch and endure. I know if I were a mom, it would crush me to see my child cry because of school bullies. We need to find some way, socially, to make it cool for people to talk about their feelings with adults with a mental health background. If more kids could reveal how they were feeling to people who want to help them and not punish them, it could open up new potential for kids held back by their misery and help them to feel better about themselves.

If kids have outlets for their negative feelings with professionals, maybe they won’t take out their negative attitudes on other kids. Guidance counselors have a sometimes wrong, but sometimes earned reputation for trying to get students in trouble more than help them. We need more Big Brothers and Big Sisters. When kids are abused at home, they don’t have a positive adult influence in their lives to recognize their accomplishments. My middle school had none of these things available for students. Despite being designated “No place for hate,” hatred was allowed to permeate through the classrooms, hallways, and cell phones.

If a student is continually violent towards other students, making threats, then something needs to be done. Perhaps they need to be removed a bit from a traditional school setting and homeschooled for a little while. Teachers can work one-on-one with students and find their strengths and their weaknesses. Being around a lot of young people really can be a very toxic environment and some students would benefit from a “cool-down” period where they only have themselves and other adults to impress. Gangs thrive in schools and recruit twelve, thirteen, fourteen-year-old members. If an at-risk young person can find their own confidence, the chances are less likely they’ll join a gang and instead choose activities such as a sport or a club to keep their confidence.

It will take years and many social changes in attitudes to cut down cyberbullying, but it is a worthwhile and ultimately achievable goal. 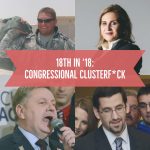 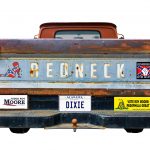