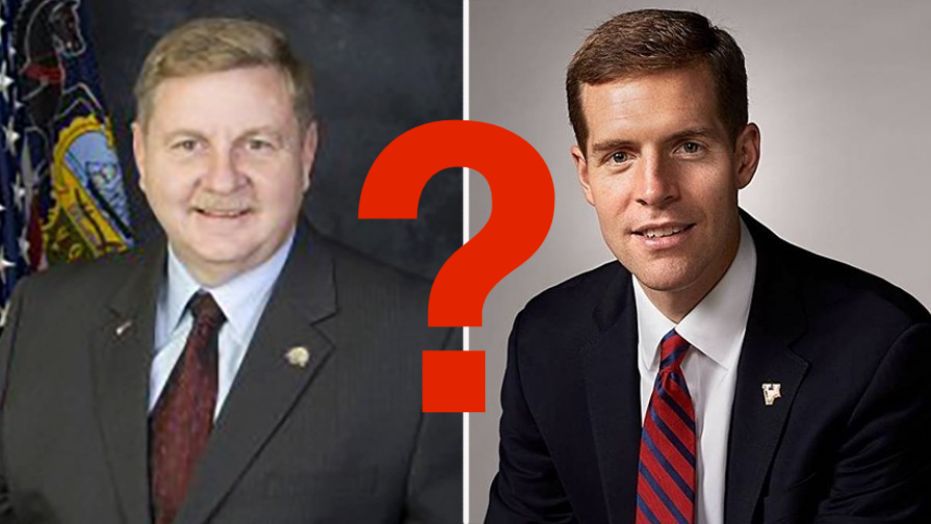 So here’s an interesting twist. With the release of the new Congressional Map by the PA Supreme Court earlier today, much of the old 18th District is now the new 14th District. There are two interesting exceptions- neither Rick Saccone or Conor Lamb actually live in the new 14th District, where they are running to replace Congressman Tim Murphy, who resigned after a sex scandal last year.

According to FEC filings, Saccone lives in Elizabeth, Allegheny County, and Lamb lives in Mt. Lebanon, Allegheny County. Allegheny County is now split between the 17th (Beaver/Allegheny) and 18th (Allegheny) Districts. (We confirmed these addresses, but aren’t printing them because people can be jagoffs about this kind of thing and we respect the privacy of a candidate’s family.) It is also worth noting that Congressional candidates technically do not necessarily have to reside in the district they run in.

Conor Lamb’s home appears to be just barely within the confines of the 17th District, which is great for him. 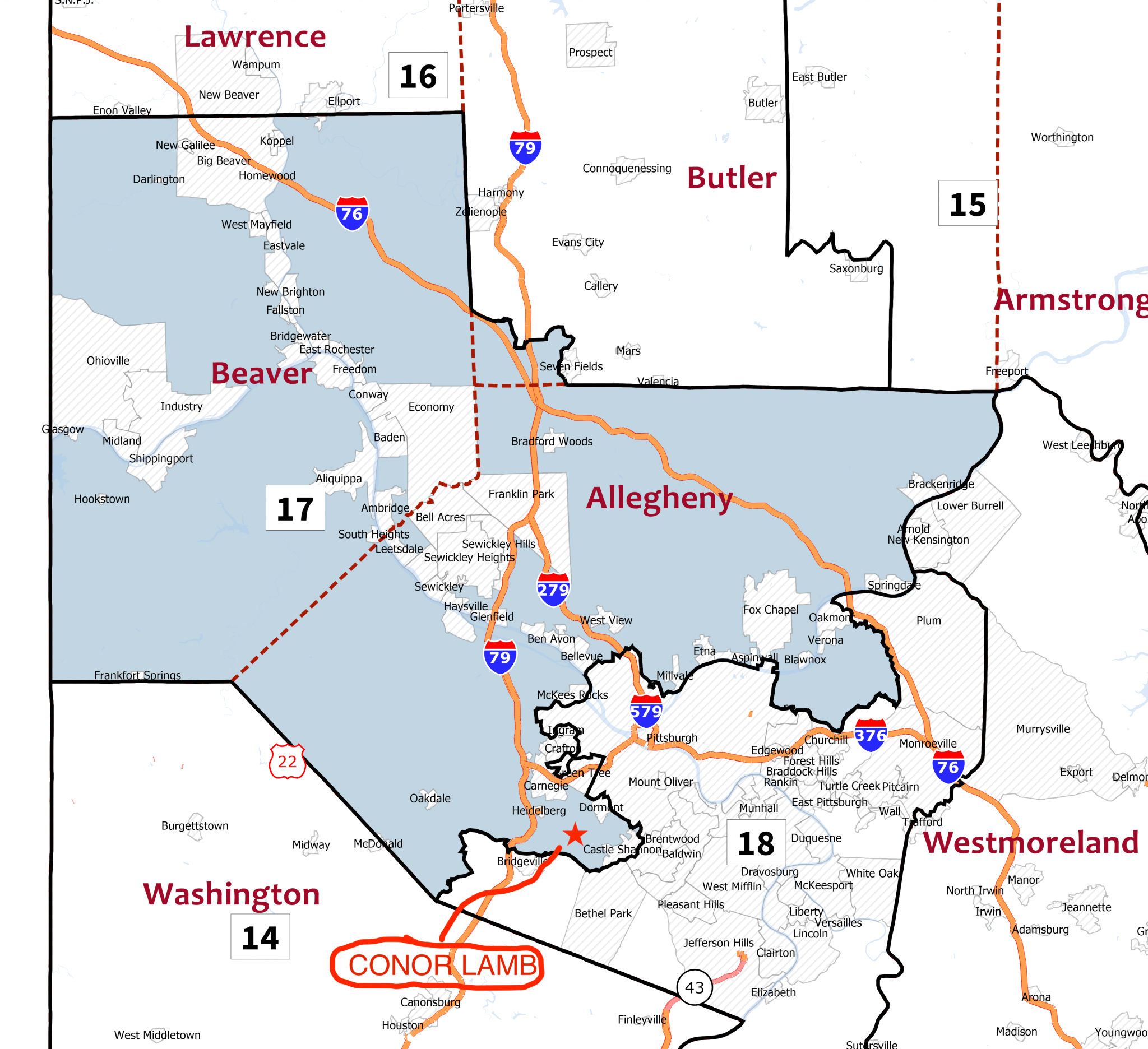 Rick Saccone’s home is clearly in the new 18th District, which is pretty terrible for him, as the district now includes the City of Pittsburgh, where his ultra-conservative policies aren’t going to play very well. 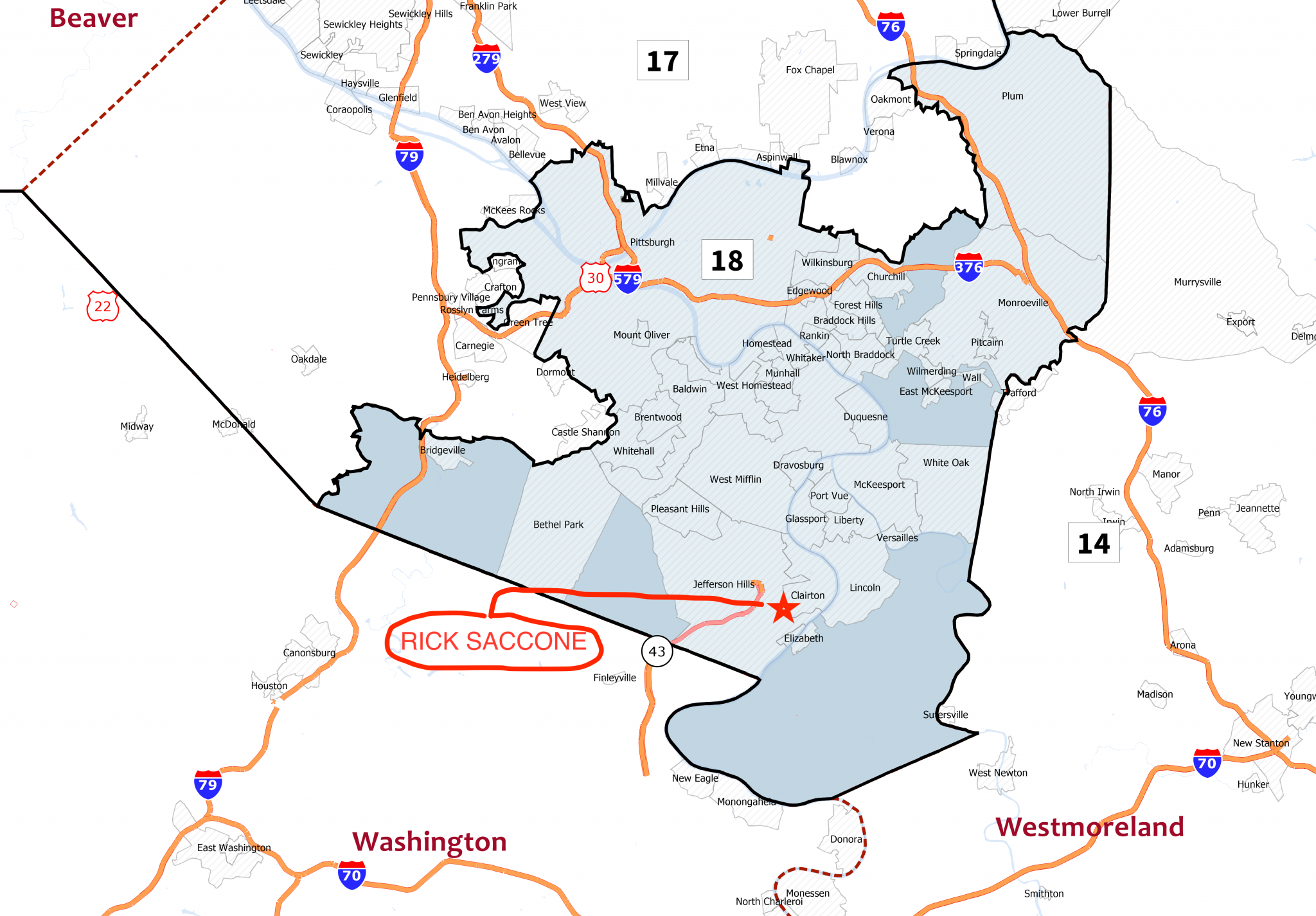 Meanwhile, the bulk of the old 18th District is now the new 14th District, which includes Washington, Greene, Fayette, and part of Westmoreland Counties has no candidate living there at all. Look for State Senator Kim Ward, who lives in Greensburg area of Westmoreland County, to come out swinging in the 14th, which is really a pretty safe Republican District now. Remember that Saccone got the nod in the Special Election only after Ward threw her support behind him after nobody had enough votes to secure a first-ballot victory. It’s hard to see her as anything but a huge winner here, as Saccone will be hard-pressed to turn his back on her after she helped him. 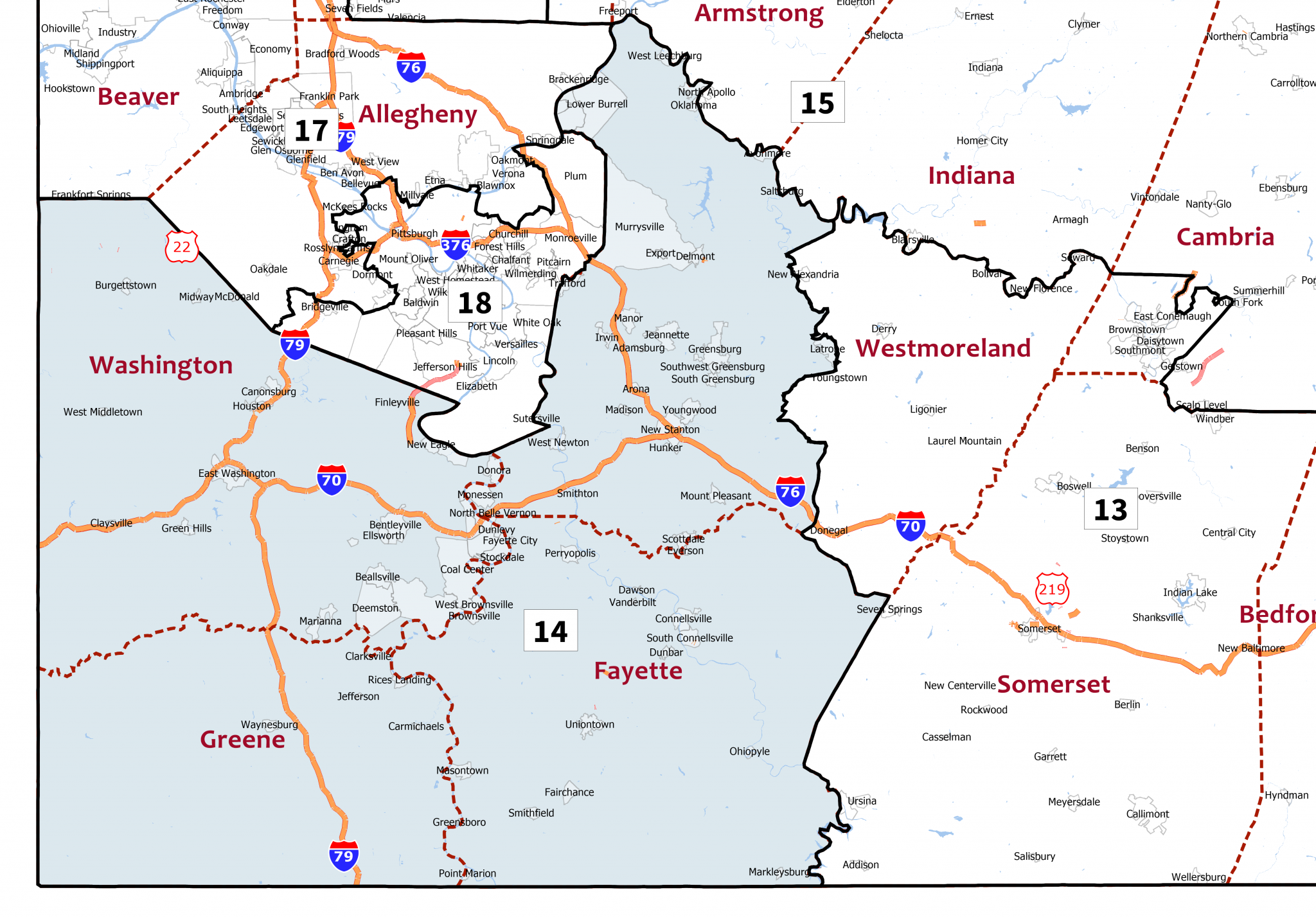 In summary, Rick Saccone is getting screwed here. Conor Lamb is getting a somewhat better district demographically but will face an incumbent in Keith Rothfus.

Then again, anyone who tries to predict anything at this point is just spitting into the wind. These are a whole new set of rules and variables, which means anything can happen… and probably will. 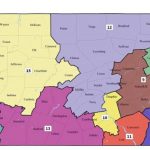 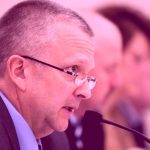