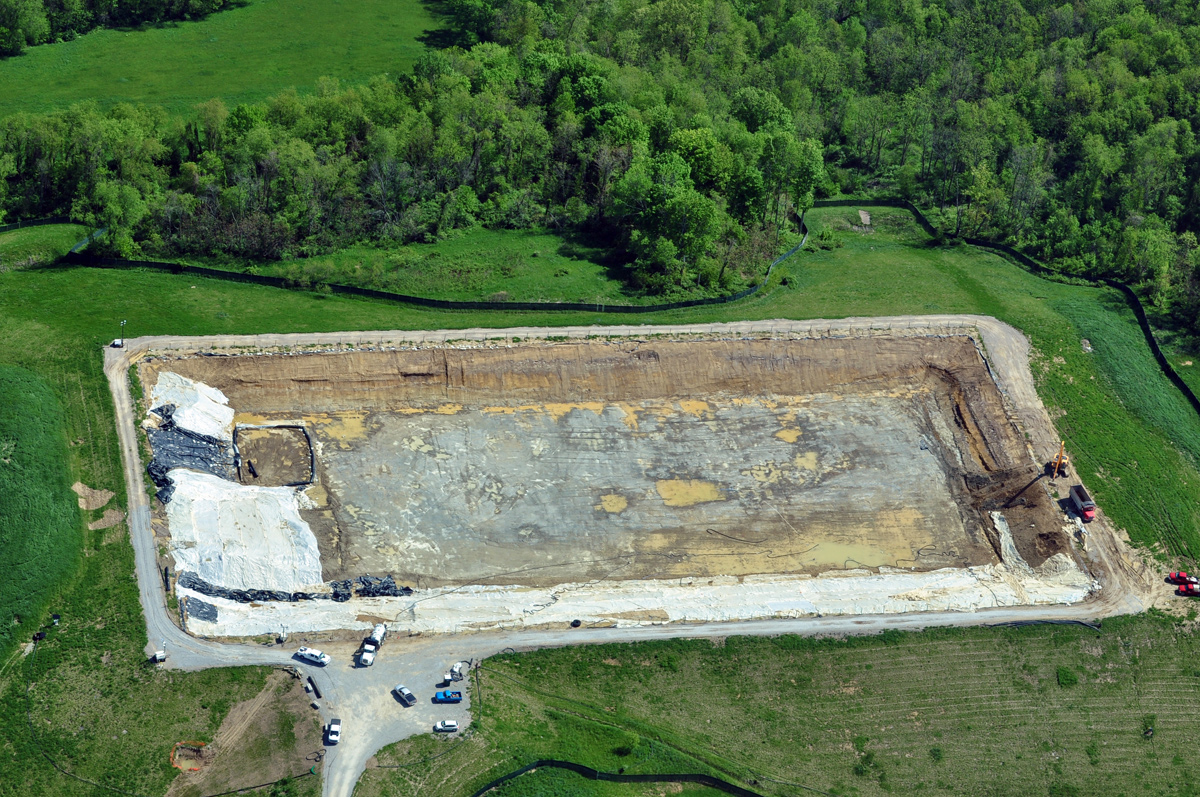 A new front in the seemingly never-ending war over fracking in the Marcellus Shale region of southwestern Pennsylvania is rearing its ugly head in Cecil Township, Washington County. Drilling company Range Resources recently sent out letters to nearby homeowners notifying them that drilling will begin next week on the Augustine well site off of North DePaoli Road, which also happens to be approximately 1,000 feet from Windsor Woods, a large residential development.

The battle between residents concerned about their health and safety versus those seeking to lease their mineral rights for drilling and the money that comes along with it is nothing new, but the stakes are undeniably higher than they were the last time drilling took place in Cecil Township nearly a decade ago. The Shell Cracker Plant in neighboring Beaver County will spur new demand for valuable wet gas in close proximity to its facility, while recent concerns about a child cancer cluster in Washington County have families anxious and afraid of additional industrial activity.

The drilling company, Range Resources, maintains its headquarters in Cecil Township, and Cecil was one of the municipalities who beat the drilling industry’s attempt to supersede local zoning laws in the landmark Act 13 court case. Suffice it to say, there is a lot of history between Cecil Township and fracking, and Range Resources specifically, much of it not pretty ugly.

To those whose argument begins and ends with the fact that a property owner is allowed to lease their mineral rights for drilling, that’s a fair point and I don’t deny it. But at the same time, a property owner should be entitled to the quiet and safe enjoyment of their own property, which is really the root of all of the controversy.

My personal frustration and cynicism come from the fact that when Range came into these townships, we tried so hard to find a reasonable middle ground that would address the interests of both sides. People may not remember that part, but it definitely happened. We gave them SO MANY opportunities, and they responded with lies and a level of arrogance that made no sense from a business perspective for a company that planned on being around for a long time in the community. Just so incredibly short-sighted.

That short-sightedness came back and bit them in the ass when the Act 13 decision reaffirmed the rights of municipalities to use zoning to dictate where drilling could take place in a community. It was the industry’s attempt to over-reach that hurt them in the long run.

But more importantly, the industry (especially Range) showed their true colors during those fights, viciously attacking people who were only trying to find a workable solution. We weren’t anti-drilling then, but many of us are now, precisely because we saw first-hand how Range Resources, MarkWest, and many of their subcontractors failed to follow best practices or respect the people who live here. (And for those who demand proof, I highly suggest heading to Marcellus Monitor, an independent journalism site that documented many of the incidents, as well as the poor response by the drilling industry.)

You can be pro-drilling and pro-safety, meaning not only safety on the work sites but also the safety of the people and animals who will still be here when the drillers have moved on. The two are not mutually exclusive, but to the industry they are. They forced people to “pick a side” and pitted neighbors against one another. Why did they do that exactly? The answer is simple;

By making drilling a black and white issue with no room for consensus or compromise, companies like Range Resources could save a ton of money by ignoring best practices that both sides would have agreed to but would have cost money to implement. They play both sides against the middle to avoid basic accountability and save a buck.

And yes, many people who work in the industry are responsible, hard workers who genuinely care about the impact their work has on our community, and they are often the first ones on social media to speak up and defend their employers. But the oil and gas industry, like any other, has many different moving parts throughout the labor and supply chain; just because you don’t personally see mismanagement or wrongdoing, it doesn’t mean they aren’t happening.

It’s like if somebody was working on an assembly line painting new cars in a factory and then claiming that there can’t possibly be a design flaw in that car’s brakes because they’ve never seen the brakes fail. As a result, anyone who claims the car is dangerous because of its brakes cannot possibly be right. It’s a total disconnect, but I get it, it’s also human nature. You want to believe that you’re working for good people who are doing things the right way, and you instinctually push back when someone claims otherwise.

That’s where those arguments fall on deaf ears with me because the malfeasance I witnessed came from the executives at the very top of the corporate food chain within the oil and gas industry. In many ways, these people go home each day far dirtier than the guys working out on the well sites, because they know damn well what they’re doing and simply don’t care.

But what I don’t get are some of these wackos in places like Cecil Township who don’t work in the oil and gas industry, don’t have leases on their property, and have no direct connection to the drilling. They spend their days berating and spreading long-debunked propaganda to promote fracking as the end-all-be-all solution to all of society’s problems for reasons nobody can quite understand. But even worse, they show zero empathy towards their neighbors who have legitimate questions or concerns, demonstrating a flippant, angry condescension that borders between mean and cruel. (I have many examples, but calling out individuals here would run counter to the spirit of my message.)

Why are their opinions more valid than anyone else’s opinions, especially when they assume facts that are simply not true? There is absolutely enough evidence out there to legitimately ask about the link between oil and gas activity in Washington County and cancer. Notice that I didn’t say it’s a definite cause or a definite link, but any third-grader who understands basic scientific method would know that the massive amount of industrial activity in the region over the past decade cannot be discounted by wishful thinking alone.

There aren’t enough facts out there to prove a negative. People say that Ewing’s Sarcoma isn’t linked to fracking based on current research; okay, but there was a time when every major health problem wasn’t linked to anything. When you have an area like ours with a high number of cases of Ewing’s Sarcoma and other cancers, coupled with the high level of drilling activity over the same period, how can you not want to look more closely? Maybe it’s drilling, maybe it’s something else. There’s only one way to know for sure, and the fact that the pro-drilling crowd doesn’t want to see any scientific evidence one way or another is pretty damning to their argument. Sorry, but when we’re talking about whether or not my kids are at a heightened risk for cancer, I can’t just take the word of some random person on Facebook.

This conflict, which is rapidly approaching an all-out war in Cecil Township, is exactly what the oil and gas industry wants. Instead of fighting one another, for the love of God, please start talking to one another and trying to figure out ways to co-exist. Make the companies agree to real best practices and let the township shut them down if they fail to comply. Make them play by the same rules that any other industry operating in our community must follow; despite what they would have us believe, they aren’t special and aren’t entitled to special treatment. You have far more power than you realize, especially when you are united in a mutual commitment to protecting the people of your community.

Sure, there will always be absolutists who consider any form of compromise to be unacceptable, but those people rarely win out at the end of the day. The economic interests are just too big, and the legitimate desire to protect our families from real harm is just too important. Unconditional surrender by either side is difficult to imagine any time soon. The key is defining what constitutes a “win” and working towards that realistic goal.

To be clear, I am not subscribing to the flawed concept that every story has two equal sides. Sometimes the facts are just the facts, and when the facts show an undeniable truth, then fighting to defend that truth is totally appropriate. The approach should not be capitulation, but more like taking reasonable baby steps while pursuing the facts. But when it’s time to stand and fight, then you stand and fight.

Instead of blindly defending drilling, look at reasonable ways to minimize the impacts and demand they be used here. And instead of blindly opposing drilling, realize that there is only so much you can do to legally prevent people from leasing their oil and gas rights and focus on those same reasonable protections to minimize the impacts. In the end, nobody will be totally happy, which is the very definition of a fair compromise. But if Cecil or any other community go down the same path that the oil and gas industry is trying to lead you towards, the damage from the actual drilling won’t be the thing that destroys the town- the people will have done that already. 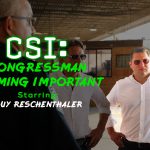 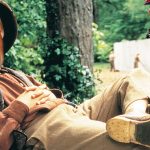 How About We Make Racism Unacceptable Again?