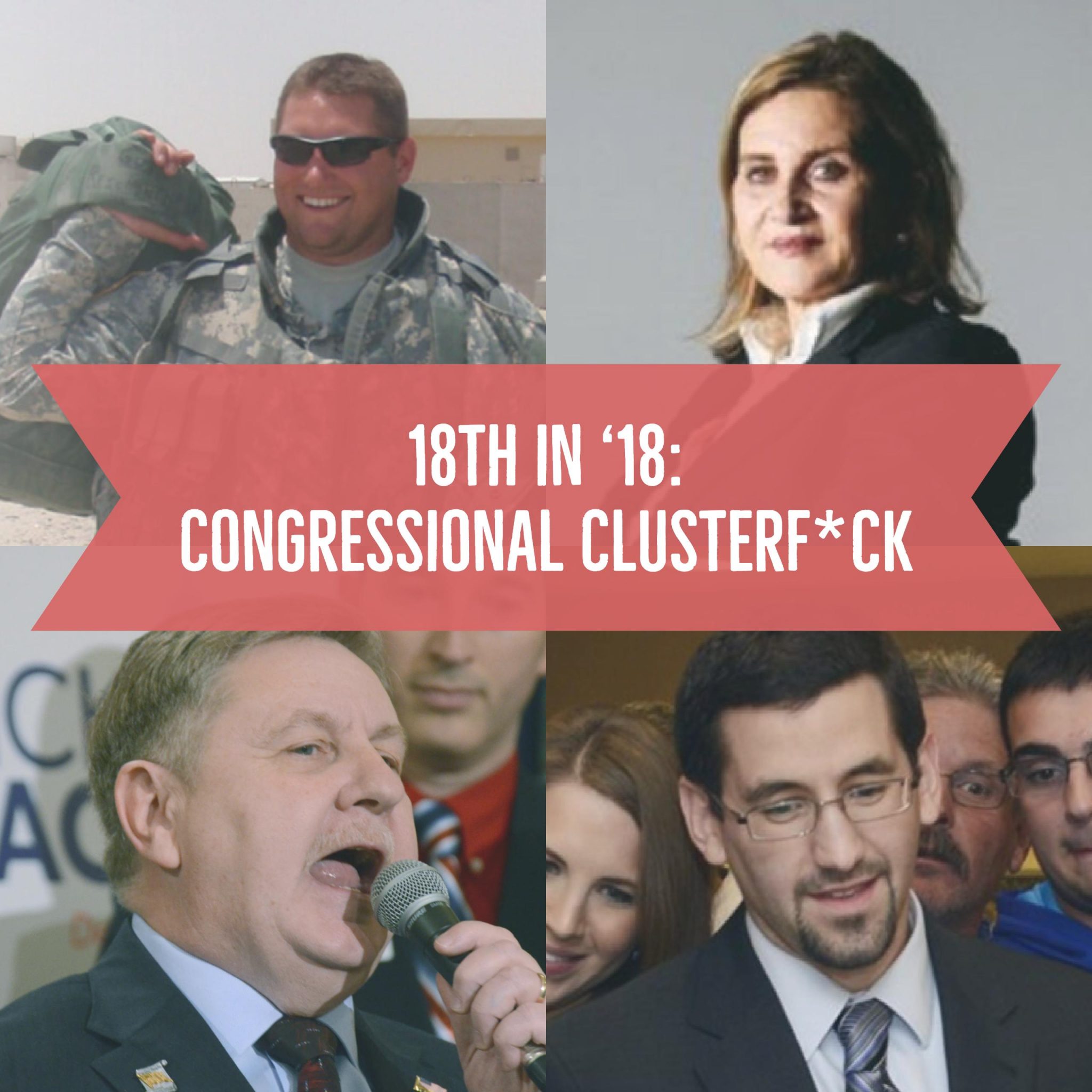 Now that the dust has settled on the Tim Murphy scandal (and the ink is dry on his resignation from Congress), the hunt is officially on to replace him in the 18th Congressional District. As part of our long-form project, 18th in ’18: Congressional Clusterf*ck, we are going to provide in-depth analysis of the district, the candidates, and amazingly enough, the issues.

Today we begin with a rundown of the announced Republican candidates. At first glance, the path to the Republican nomination looks to be the most treacherous. The field is filled with current Republican elected officials who are colleagues in Harrisburg but will be combatants in the campaign. For many, this will be the first time on the receiving end of a brutal political machine that has always been on their side in the past.

Will they burn bridges to achieve the nomination? Will a contentious primary election create cracks in a Republican armor that has been virtually unstoppable in Western Pennsylvania in the past decade? Will this be a race to the bottom to court the Donald Trump voters from 2016? Only time will tell.

Okay, so let’s get this out of the way right now. Guy Reschenthaler is an Iraq War veteran and a former Navy prosecutor, which is commendable and honorable government service. But does a military background automatically make you qualified for public service? Something tells me we’re going to find out.

Reschenthaler has an impressive overall resume in addition to his military service. He spent two years as a Magisterial District Judge before winning a special election in 2015 to fill the 37th State Senate District vacated by Democrat Matt Smith. And oh yeah, he’s only 34 years old.

Reschenthaler, whose areas of strength would seem to be the heart of his State Senate district in Allegheny County, appears to be the “establishment” choice for the Republican nod. He fits the profile, is by all accounts a likable guy, and would be well-positioned to make any number of moves in the future. If there is one area where Republicans mop the floor with Democrats, it’s that Republicans know how to build a political farm system.

The negatives on Reschenthaler primarily stem from his lack of experience. His Senate tenure has failed to yield any significant legislative accomplishments, and for voters who want experience in a Congressman, Guy could come up short. Additionally, this will be his third campaign for three different offices in the past five years, which opens him up to “that Guy (literally) who is always running for something” criticisms. Many political observers couldn’t help but notice Reschenthaler announced his candidacy, complete with a website, within like 10 minutes of the Murphy scandal breaking.

It will be interesting to see if any of his fellow Republican candidates come at him from this angle of being nothing more than a political opportunist. If anyone does, you can bet it will be… 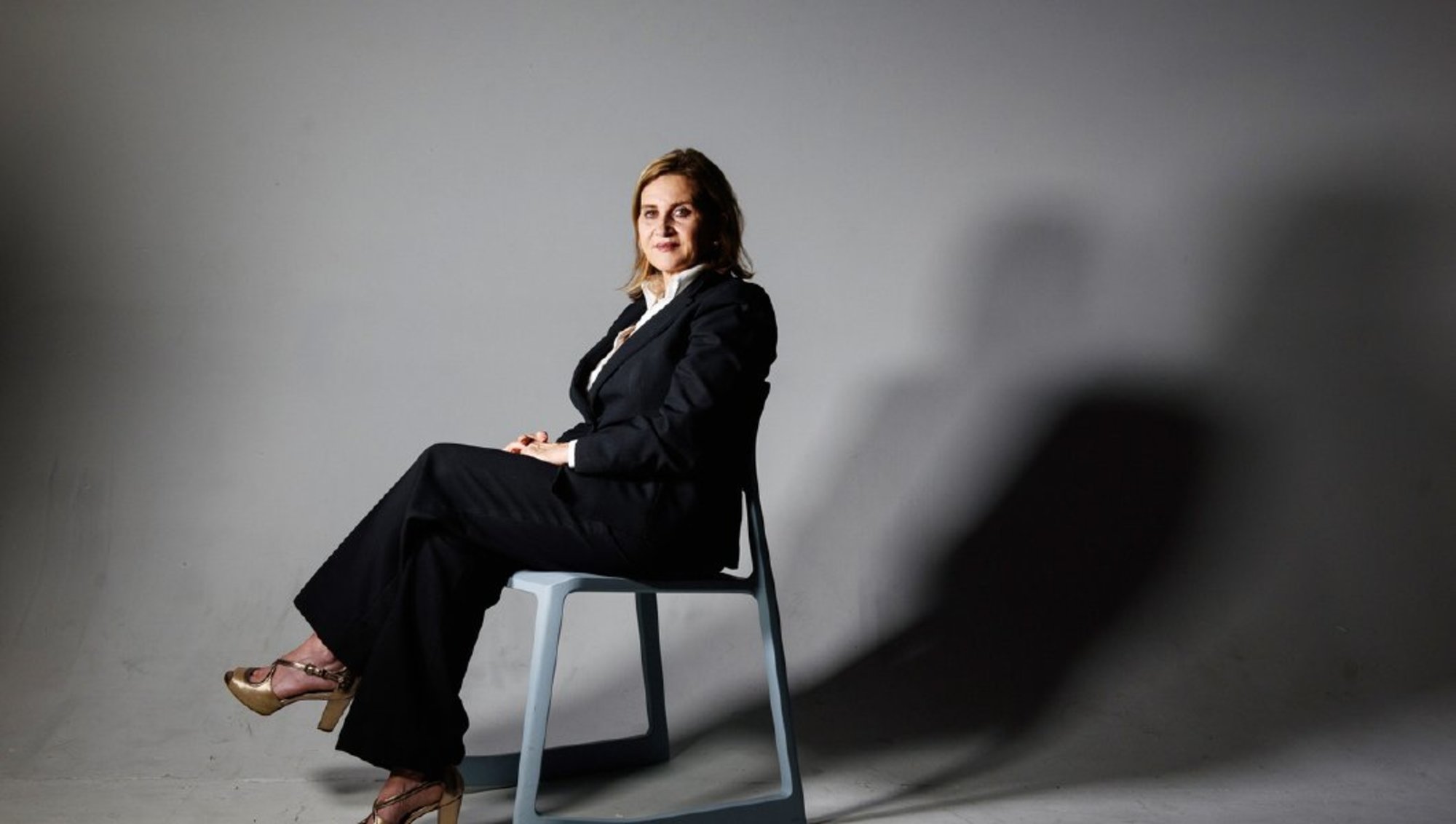 Kim Ward has the deepest political roots of any announced Republican candidate for the 18th and would seem to represent the biggest challenge to anyone with dreams of a Guy Reschenthaler coronation. The woman is a deft political operator who has undoubtedly accumulated more than a few favors over the years that she could call in for this race.

Ward has nearly twenty-five years of experience in Republican politics in Southwestern Pennsylvania, which is an impressive feat given the shifting face of the party in recent years. From Rick Santorum to George W. Bush to former PA Governor Mark Schweiker to 84 Lumber Founder turned County Commissioner Joe Hardy, Kim Ward has the Rolodex you need to raise money to compete at this level.

Races like this tend to adopt certain nuggets of conventional wisdom early on, which then get repeated ad nauseam in political circles for months. One of the earliest indications of conventional wisdom in this race is that Ward can effectively put her Westmoreland County in her back pocket, which gives her a geographical base none of her competitors can match.

Is it accurate? Who knows, but I’m leaning towards thinking it could be in this case. Ward has been elected Township Supervisor, County Commissioner, and State Senator in her home county, so there is clear support there. The key will be how well Ward maintained her grassroots connections since becoming a State Senator. All those trips to Cash Bashes and Eagle Scout presentations carry a cumulative political impact.

Two big pros in Ward’s favor cannot be ignored. It looks like she is the only female candidate on the Republican side, which will undoubtedly separate her from the pack with voters who don’t know much else about her. Additionally, she could really run up the score in Westmoreland County by touting the fact that it’s generally good politics to have a member of Congress from the same county, perhaps by promising to secure funding for long-stalled economic development or infrastructure projects.

Finally, Kim Ward has an able lieutenant in the form of her son Mike, who has been heavily involved in Republican political circles all over Southwestern Pennsylvania. Could he be a wartime consigliere capable of doing the dirty work to ensure his mom’s victory? I’m not sure, but you can bet he’s going to try. 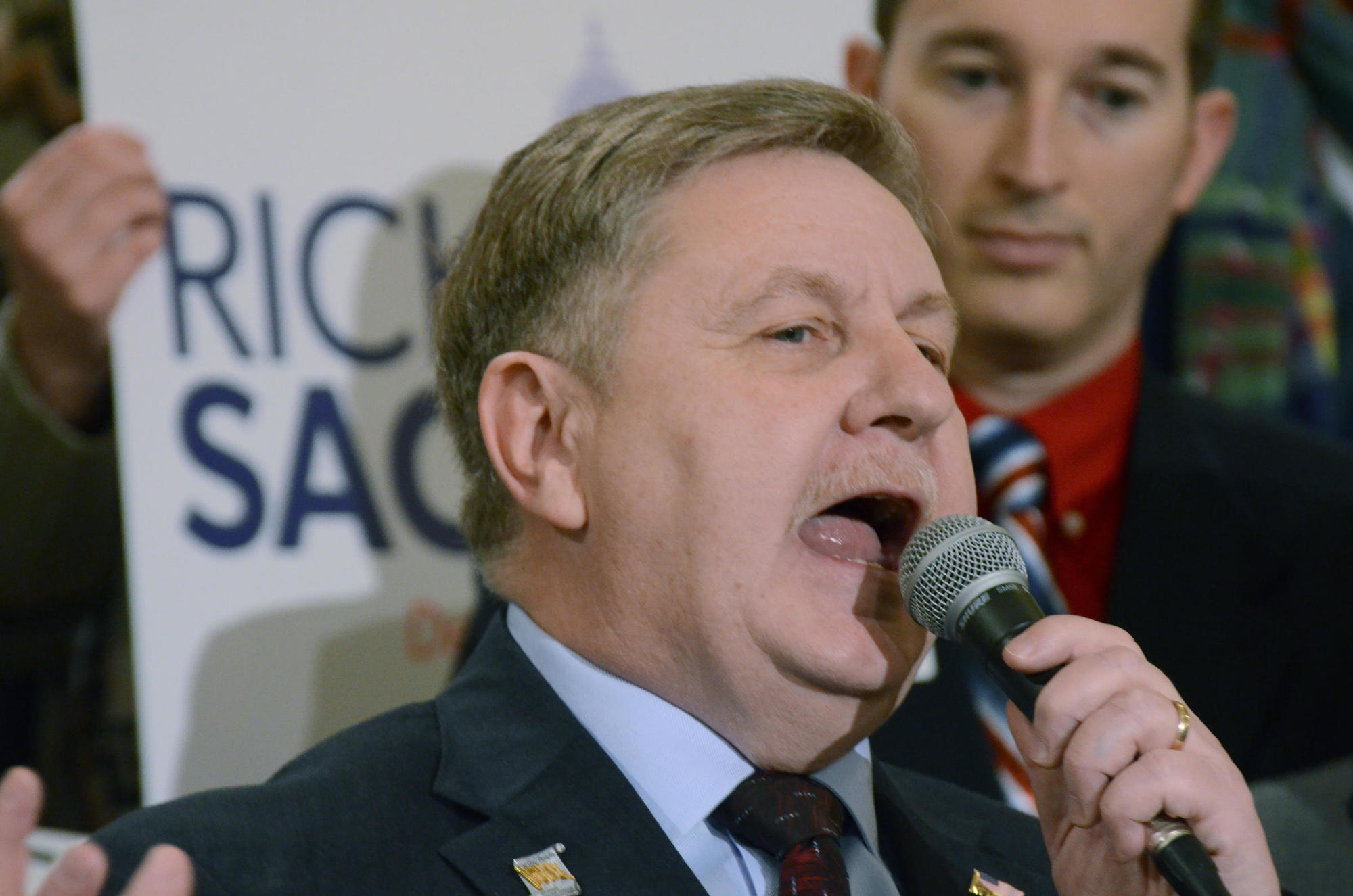 Rick Saccone’s path into the 18th District race is a winding one. He had already announced his candidacy for the US Senate seat currently held by Bob Casey, but when the Murphy seat became open he decided to jump lanes in the blink of an eye. I’m not sure how “I’m running for Congress because it was easier than running for Senate” plays on the campaign trail.

A member of the State House since 2006 (DISCLOSURE: I served with Rick in Harrisburg from 2006-14), Saccone has established himself as firebrand among Republicans. At times, his boisterous style has caused fellow Republicans to roll their eyes as Saccone gets so emotional that his voice cracks like a teenager, but there is no denying he knows how to talk to the Republican base in Southwestern Pennsylvania.

In fact, Saccone seems best positioned to endear himself to voters who hopped on the Trump Train in 2016. His legislative career is mostly defined by taking stands on conservative meat-and-potatoes issues in crusade-like fashion, and he has carved out a niche for himself as one of the most staunchly conservative members of the Legislature.

Some of his greatest hits include the National Motto Display Act, a bill to require public school districts in Pennsylvania to post “In God We Trust” (the national motto) in every school building and a 2013 co-sponsorship memorandum for the bill criticized Chuck E. Cheese’s for its “policy barring customers from carrying firearms inside” the venue. While seemingly bizarre, Saccone seems to understand how to generate headlines for himself on issues important to “value voters”.

Any Saccone path to victory would seemingly need to go through the Second Amendment, where Saccone’s credentials are probably the strongest of anyone in the field of candidates. If he is able to paint one of the other candidates as soft on the Second Amendment issue, then Saccone may be able to draw the NRA into a primary they would be quite comfortable sitting out.

The best chance to do so would probably be Guy Reschenthaler, whose State Senate district includes some affluent areas where the Republicans are much concerned with economic issues than social ones. If Saccone can find a quote or a vote to raise doubts about Reschenthaler’s Second Amendment bona fides, it could take the race exactly where Saccone needs it to go. The support of Firearms Owners Against Crime, whose endorsement is considered by many to be better than an ‘A’ rating from the NRA, could really make Saccone a real contender.

Saccone has also put up some votes he’d just as soon wished would go away, especially for some of the obscenely bad state budgets pushed by GOP Speaker Mike Turzai in recent years. The PA House Republican Caucus is widely known to be one of the most divided and dysfunctional political bodies in the nation, and Saccone’s twelve-year voting record could derail his candidacy before he has a chance to pivot the race to social issues. 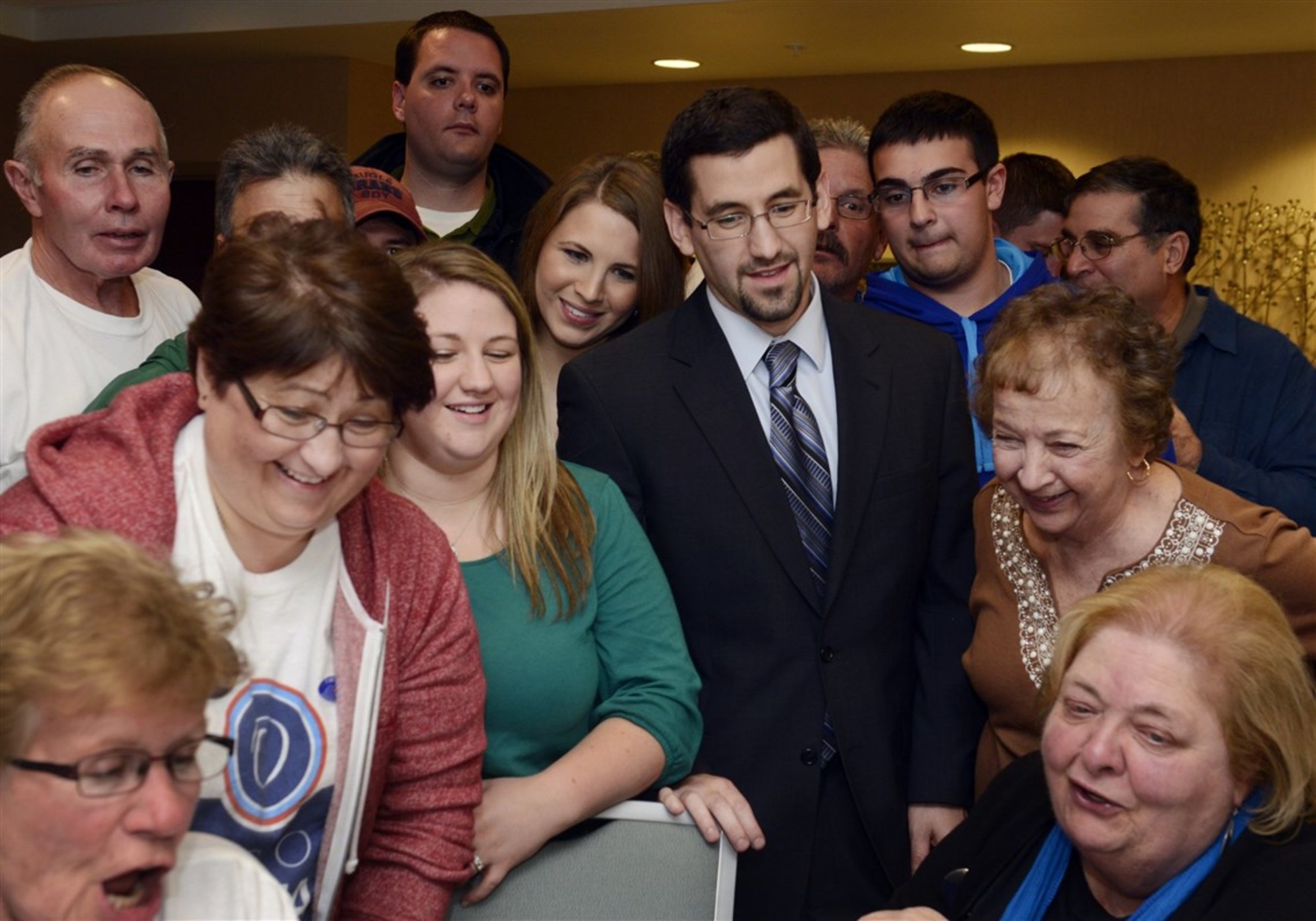 This is a tough one for me. I have a personal political history with Jason Ortitay (DISCLAIMER: Ortitay defeated me for the 46th District Legislative seat in 2014) so I obviously have my own thoughts and opinions about him. At the same time, I want to play this as straight as possible and examine all the angles in an objective way. But…

It’s really hard not to laugh at Ortitay’s candidacy for multiple reasons. With less than four years’ experience in Harrisburg and no tangible experience aside from the cheesecake game, there is no legitimate argument to be made supporting the idea that Ortitay is remotely qualified to be a member of Congress at this point in his career. Even Ortitay’s most ardent supporters are quietly shaking their heads at how utterly moronic his Quixotic challenge looks.

Ortitay has supposedly told insiders he is running “just to get my name out there”. To be fair, this tactic is sometimes a shrewd political maneuver. This is not one of those times. By challenging two state senators (including one he shares a district with) and an established conservative like Rick Saccone, odds are he’s just going to end up pissing everyone off.

Considering he nearly had a primary challenger for his State House seat in 2016 who vowed to run in 2018, Ortitay runs the risk of being too greedy and winding up with nothing on Election Day. The task is even more daunting when you consider that unlike his colleagues from the State Senate, Ortitay will be running concurrently for Congress and State House, which is an instant turn-off to voters.

If anything, Ortitay’s foray into Grown Up Politics will likely serve as a political gut check that will snap him back to reality in a hurry. But hey, at least he doesn’t have to pretend to live in some lady’s basement in order to qualify to run, so he’s got that going for him, which is nice.

Next time, we’ll be looking at the Democratic field for the 18th Congressional District, which is markedly different across the board.

If you have any tips, info, or just plain gossip about the 2018 Congressional Race in PA’s 18th District, send an email to gooseinthegallows@gmail.com. Claims are subject to verification, but all sources will be kept anonymous. 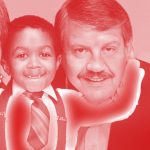 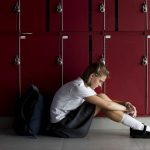